Edmund has never lost in the first round at Roland Garros, and Chardy not since 2010 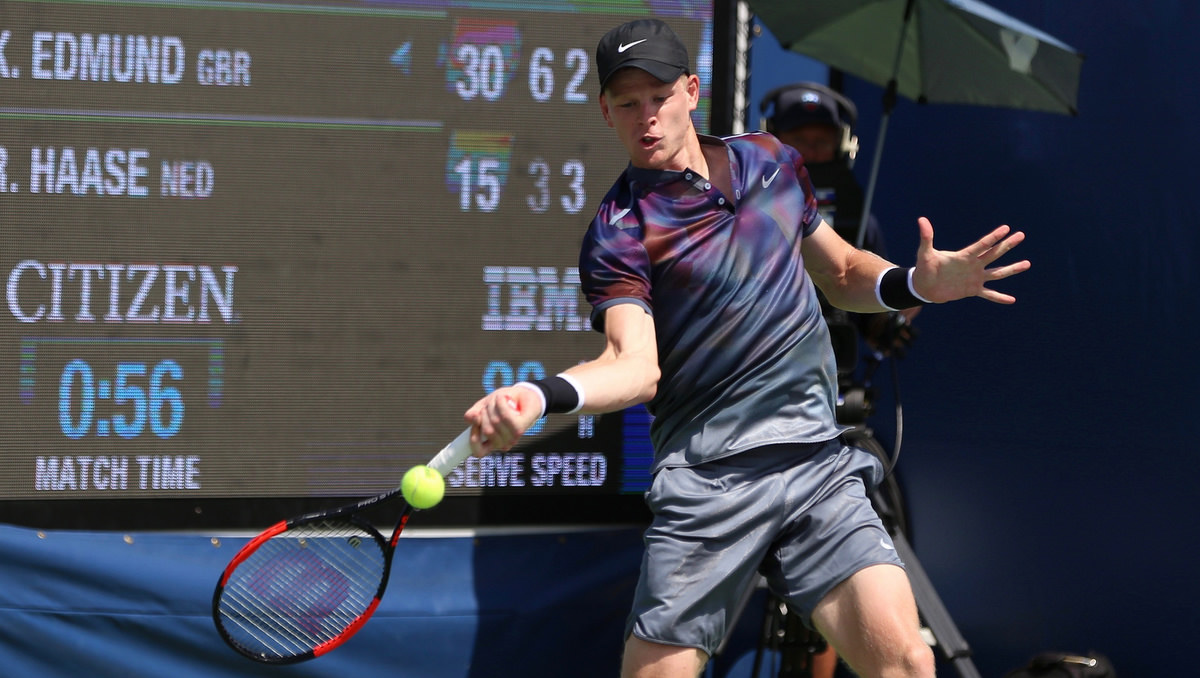 For Kyle Edmund, Paris will always hold a notable spot in his tennis story. It was where the Briton, then a 20-year-old, won his first Major match, and he did it via qualifying and then a three-hour, five-set match before withdrawing injured.

He would go on to win his second Major match at Roland Garros the next year too. And by the time he made Round 3, in 2017, he had just broken into the top 50.

Yet his biggest Major result to date came the next year in Australian, a semi-final run and a rise to 24. His first tour final came soon after in Marrakech, and quarter-final run at the Madrid Masters helped him break the top 20. He would end his season with his first title and a ranking of 14. But things were about to take a turn for the now top-ranked Briton.

The tennis player’s curse, a knee injury, hit at the start of 2019, he lost in the first round in Australia, and was forced to pull from a trio of tournaments.

Back into the clay swing, he continued to struggle, managing just one win in Marrakech, and then losing in the first round in the remaining four tournaments, though he did face some formidable clay opposition in those matches, the likes of Diego Schwartzman and Fabio Fognini.

Expectations, then, were not high for the Briton now back to 30 in the ranks, but just hanging on to a seeding. Not that it helped him as much as it might. He drew a Frenchman of great but unpredictable talent, the big-hitting, big-serving Jeremy Chardy, now age 32 and with a career-high 25 some years ago.

Yet he is a player who can turn on the form in bursts, and challenge the best on a good day. He was still ranked No41, and here in front of his home crowd he posed a dangerous challenge. Indeed, he had only ever lost once in the first round, back in 2010.

However, Edmund had also never lost in the first round in Paris. This, then, had the makings of an immovable object against an irresistible force—and that is precisely what it turned out to be.

Edmund got off to a flier, breaking to love with some big, clean strikes of the ball, and then held his advantage with an ace, 2-0. But Chardy was now going toe-to-toe with Edmund, striking as big and deep, and come the eighth game, thumped a backhand winner down the line to break back.

The Frenchman resisted 0-30, and they headed to a tie-break. The crowd, late in the afternoon and really up for this contest in the bear-pit that is Court 1, roared every winning strike by Chardy, but Edmund focused well to storm the final game for the set, 7-6(1).

Edmund carried his momentum into the second set and broke in the fourth game, holding to lead 4-1. But then Chardy pummelled through a long sixth game of multiple deuces and break point chances to finally get his reward, 3-4. It had the makings of another tie-break, until Chardy broke again, and served it out, 7-5.

Yet again, Edmund took the initial lead in the third, and again conceded the break back, but this time, he broke again for the set, 6-4. The match was already two and a half hours old, but the 32-year-old was not about to roll over. Far from it: He held off a break point at the start of the fourth, and gradually took advantage of some tight and nervy errors from Edmund to get the break—the first time he had taken the first advantage. And he held onto it, breaking again and holding for 5-1.

But Edmund regrouped, found his range and focus again, brok,e and all at once, he was at 4-5. Could he break again? Chardy held firm, with the crowd roaring him on, and closed out the set 6-4, with his 25th ace.

The clock headed past nine in the evening, and the match was three and three-quarter hours old as first Edmund saved break points, and then Chardy came under pressure, but the Frenchman attacked the net to hold, 3-3.

Edmund kept up the pressure, serving first, 4-3, and looked the fresher man as they both refuelled at the change of ends. But now they were in a race against the light, with neither man able to make the decisive breakthrough as they matched one another game for game to 5-5.

The boos went up at around 9.20pm, once the crowd realised that the umpire was about to suspend the match, just as the other two remaining matches had been. They would have to return the next day, after playing for three hours 55 minutes through almost 200 points. With no cut-off point—no tie-breaks in Paris in the fifth set—it was the logical thing to do.

The eventual winner will play Pablo Cuevas, another veteran ranked only a little lower than Chardy, whose six titles and three more finals have all come on clay, most recently in Estoril this year.

The single-hander from Uruguay beat Maxime Janvier, 6-4, 6-4 6-2, in a scant hour and a half. Rather different, then, from the long-drawn-out match that Edmund and Chardy had endured—and would continue to endure while Cuevas enjoyed a complete day of rest.