No7 seed Berrettini beaten by qualifier Altmaier; Dimitrov into fourth round for first time 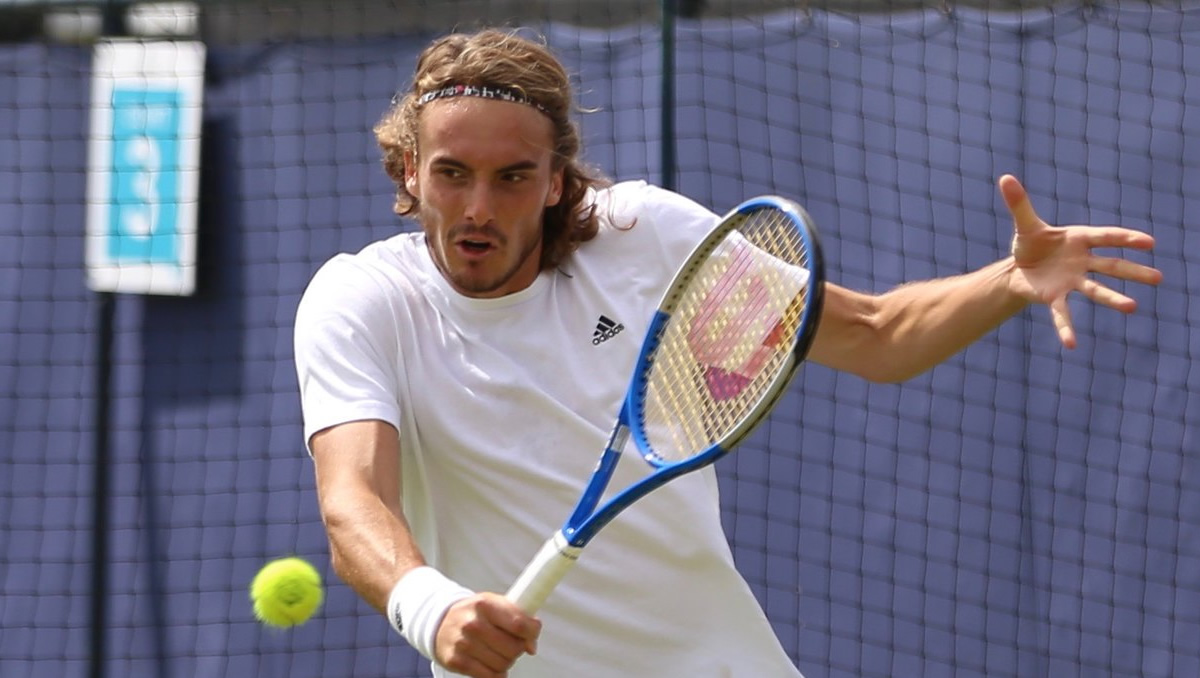 Much is always made of the age of the best players in the world, the triumvirate of Novak Djokovic, Rafael Nadal and Roger Federer—the owners of more Major titles than any other man in the tennis record books.

And so the search has been on for a long time for the next generation of players to reach the top of the pile or to win a Major. At last, a couple of weeks ago, the current world No3 Dominic Thiem did break through to win the US Open—yet he is no longer one of the young guns. Now 27, his has been a long, hard-fought battle to get the ultimate reward.

Twice a finalist at Roland Garros, Thiem has certainly earned the spotlight in Paris this week: If there is one man who can deny Nadal his 13th French title, or halt the near-perfect 33-1 record of Djokovic this week, most agree it is the Austrian.

But Thiem, and fellow former ‘young guns’ such as Grigor Dimitrov, David Goffin, Diego Schwartzman, and Milos Raonic, may need to watch their backs, for there are encouraging signs that the next wave of players is on the march.

Ahead of Roland Garros, there were 16 under-23s in the top 100, three in the top 12, seven in the top 30. But it is not just high-ranked youngsters who have been making their mark this week.

Take the bottom half of the draw in this first week of Roland Garros. Naturally Nadal is there, and has looked increasingly threatening through each of his three rounds—only nine games dropped in his last two matches. Now he faces 20-year-old qualifier Sebastian Korda, ranked 213 but with wins over the likes of John Isner.

And of course Thiem is there: He too has yet to drop a set, even against one of the most promising young pretenders, the 25 ranked 21-year-old, Casper Ruud, who was on a 22-9 run for the year. Like Nadal, Thiem now faces a 20-year-old, after French wild card Hugo Gaston stunned fans by beating former champion Stan Wawrinka in five sets.

There is still more in this half. The brilliant NextGen champion, teenager Jannik Sinner, will next take on another of the big young names, No6 seed Alexander Zverev. The latter, now 23 years old, has 11 titles to his name, and just lost out on his first Major title in New York after five sets and more than four hours.

Zverev then survived another five-setter in the second round, but cruised into Round 4 looking calm, confident and fit. Perhaps the steadying hand of new coach David Ferrer is bearing fruit.

Heading to the top half of the draw, and there were high hopes for the latest man into the top 10, the 21-year-old Denis Shapovalov. He played his heart out but lost to an inspired Pablo Carballes Baena.

However, no fewer than three 22-year-olds made the third round in this half, and top of the pile was No5 seed Stefanos Tsitsipas, who has been shaking up the old order since the start of last year. First a semi-final at the Australian Open, then his second Masters final, and finally the ATP Finals trophy at the O2. Along the way, he notched up wins over every other top-10 player.

He came into Saturday’s match against Aljaz Bedene on 24-9 for the year, and despite losing a three-set marathon in the Hamburg final less than a week ago, then surviving a leg-busting five-setter in Paris just two days later, he bounced back impressively, not just over Pablo Cuevas in Round 2 but also against Bedene.

Tsitsipas has all the qualities to rise to the very top, and despite an outstanding 2019, he continues to develop almost before the eyes. His attacking tennis and big serve have been enhanced by greater muscularity and ever-improving net skills. He beat Bedene in just an hour and 20 minutes when the Slovenian retired mid-way through the third set, but by then, the Greek had already made 28 winners for just 11 errors.

He does, of course, wield one of the most formidable single-handed backhands on the tour, and will face another in the shape of Dimitrov.

The popular Bulgarian reached a career-high of No3 almost three years ago, but subsequently seemed to hit a brick wall in his confidence, and suffered from shoulder and ankle injuries. He dipped to 78 last summer, but since reaching his career third Major semi-final last September, he has worked his back into contention, now up to No20 and cruising in Paris.

He was helped along the way by a retirement after winning two sets, 6-1, 6-3, against Carballes Baena, who was clearly affected by his five-hour win over Shapovalov two days ago. But if Dimitrov was in search of more encouragement, this took him into the fourth round of the French Open for the first time, for a highly-anticipated debut meeting with Tsitsipas.

But what of the other 22-year-olds in this half of the draw? Well the biggest surprise was dealt by qualifier Daniel Altmaier who beat No7 seed Matteo Berrettini, 6-2, 7-6 (5), 6-4. Ranked down at 186, and playing his first Major main draw, the German has yet to drop a set in Paris, and that after playing veteran Feliciano Lopez and then No30 seed Jan-Lennard Struff.

Altmaier next faces No17 seed Pablo Carreno Busta, who beat No10 seed Roberto Bautista Agut in a tough 3hr 22mins four-setter of considerable quality. Each man came to the net more than 40 times, and made more winners than errors. There is no doubt that Carreno Busta, who also made the semis at the US Open, will be a formidable test for the young qualifier.

And so to the last 22-year-old in this half, the ever-improving Russian and No13 seed Andrey Rublev. Admittedly his opponent on this sunny but breezy Saturday, Kevin Anderson, was far from his best: The tall South African has endured two bouts of knee surgery in the last year, bringing him to Roland Garros ranked 118.

But Rublev, a former junior No1 and Roland Garros champion, had been making his presence felt this season with three titles—taking his tally to five—and a career-high ranking of No12. Indeed he trailed only Djokovic for match-wins this year.

The last of those titles was in Hamburg less than a week ago, and his fitness and match-toughness were tested as soon as he got to Paris in a five-set victory over Sam Querrey in his first successful comeback from 0-2 down.

This would be very different. Anderson lost his opening serve in the first two sets, and with his biggest weapon, his serve, well below par, he was struggling to make an impression against a young player who could do little wrong. For it was Rublev who created power and depth through the court, and he offered up not a single break opportunity for Anderson.

The South African looked more confident at the start of the third, but was then broken in the fifth game, and Rublev held for 4-2: the Russian had still dropped only three points on his first serve, and would speed to an impressive win, 6-3, 6-2, 6-3, in an hour and a half.

Rublev, who had never won a French Open match before this week, will next play Marton Fucsovics for a place in the quarter-finals.