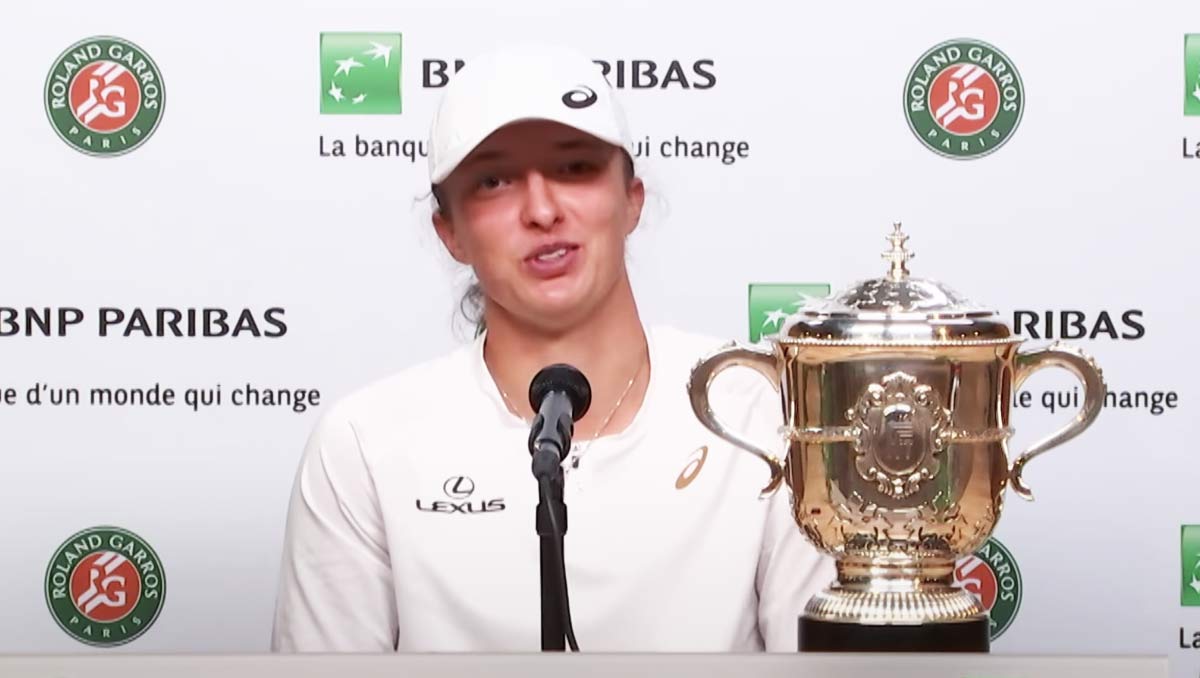 How many of the lucky 1,000 Roland Garros ticket holders would, two weeks ago, have predicted the final line-up for this year’s cold, autumnal French Open?

After all, Serena Williams was back to try and win that record 24th Major. Top seed Simona Halep had won the Prague and Rome titles back-to-back and was hot favourite to regain her French title—and with it the No1 ranking.

What about the resurgent Victoria Azarenka—Cincinnati champion and US Open runner-up—or the in-form former champion Garbine Muguruza?

Perhaps No4 seed Sofia Kenin, the fresh-faced winner of the Australian Open nine months ago, was in the reckoning, for she had bounced back from lockdown to reach the fourth round at the US Open. Yet in this abbreviated season, she had also lost four times in the first-round of the six tournaments she had played since Melbourne.

She also had to battle hard throughout the draw despite not playing a seed until the semi-finals. Then, after going the full three sets four times, she beat Petra Kvitova in truly impressive style.

Still only 21 years old, she is also a player who thrives on the big stage and against the most demanding competition, and had won five of her six finals thus far. She was now the youngest player to reach two Major finals in the same year since 2008, and victory would make her the youngest two-time Major winner in a single year since 2003.

In the last two years, she was certainly one among a group of young women making some noise at the top of tennis. And with fellow Major champions Naomi Osaka, Ash Barty and Bianca Andreescu opting out of this COVID-postponed French Open, and then Halep knocked out by Iga Swiatek, Kenin had gradually improved her status as top dog.

Ah, but Swiatek. The former Wimbledon junior champion may have come to Paris ranked 54, without a main-tour title to her name, and with only a limited profile on the broader tennis stage, but round by round, she had begun to capture the attention, and capture the imagination with her silky-smooth, power-and-touch game.

Still only 19 years old, and until this spring combining her high-school studies with pro tennis, she was making an impression in Paris in both singles and doubles—she made the semis of the latter draw.

But it was the style and quality of her singles run that had everyone talking up her chances of an extraordinary victory, first beating 2019 runner-up Marketa Vondrousova, then Halep in the fourth round. And thus far, Swiatek had not dropped a set in the tournament, indeed had only once been taken to 6-4 in a set.

“I never would’ve thought I’m going to be in the final. It’s crazy.”

“On one hand I know that I can play great tennis. On the other hand, it’s kind of surprising for me. I just kept believing in myself.”

Swiatek started her final match in Paris as she had done every other, with a serene demeanour and attacking precision. A love hold was followed by a break of Kenin courtesy of some blistering returns and a drop shot winner, and then another easy hold: 3-0.

The feisty Kenin, by far the more vocal and expressive of the two, hit back with her own break and two holds, 3-3. The American’s pace and intensity seemed to force Swiatek into a few errors, particularly on the Pole’s serve. It took her seven minutes, several deuces and a couple of outstanding drop shots, but the teenager finally held, and then turned on her full array of shot-making.

Another long game, and the Pole soaked up the power, varied the direction and angle, picked off a touch volley return, and broke, 5-3. But a double fault suggested more nerves than she showed, and Kenin pumped up her returns for an instant break-back.

Time for Swiatek to produce all her court-craft—now a short ball, now a lob—and she forced Kenin to over-hit and concede a break for the set, 6-4.

The American came back from a comfort break with her attacking mindset intact, and fired off two fine returns of serve to convert a break chance—only to offer up 15-40 with a double fault. On the second opportunity, Swiatek slotted an off-backhand winner, 1-1, and held to edge the lead, 2-1.

Now, though, Kenin called the trainer to assess a thigh strain—and the American had worn support tape on her left thigh through most of the tournament—and she returned with heavier strapping around her upper leg.

Meanwhile, Swiatek had kept loose and relaxed, responding to some crowd support, making a few serves, ghosting some backhands. It is hard to play against a compromised opponent, and Kenin now lacked some of her intensity and speed around the baseline, but Swiatek was able to take advantage. She broke and then held to love, 4-1.

A love break, and the young Polish woman who had won the hearts and support of the Paris fans, would serve for the title. And she did not blink: her 25th winner sealed the deal, 6-1.

She sank to her knees and hid her face in her hands: The cool, calm and collected star of this year’s Roland Garros now turned into an overwhelmed teenager.

She had a quick word with the umpire, apparently seeking permission to go and hug her family and coach. It was a delightful moment, capped only by the uncertainty of her acceptance speech—though delivered in perfect English. She began:

“I don’t know what is going on. I am so happy and so glad my family was here finally. It is crazy. Two years ago I won junior Grand Slam. Right now I am here. It feels like such a short time. I am just overwhelmed.”

Then, with the trophy in her hands—gently kissed before quickly replacing her mask—she said:

“It’s crazy for me because I watched Rafael Nadal lift the trophy every year, and now I’m in the same place.”

It is worth a reminder that this young woman did not drop a set this fortnight, indeed dropped no more than five games in any match. She has become the lowest-ranked woman to win the French Open, and the first player from Poland to win any Major singles title.

It is probably safe to say that she will be in that same place, on the winner’s podium, a few more times yet.