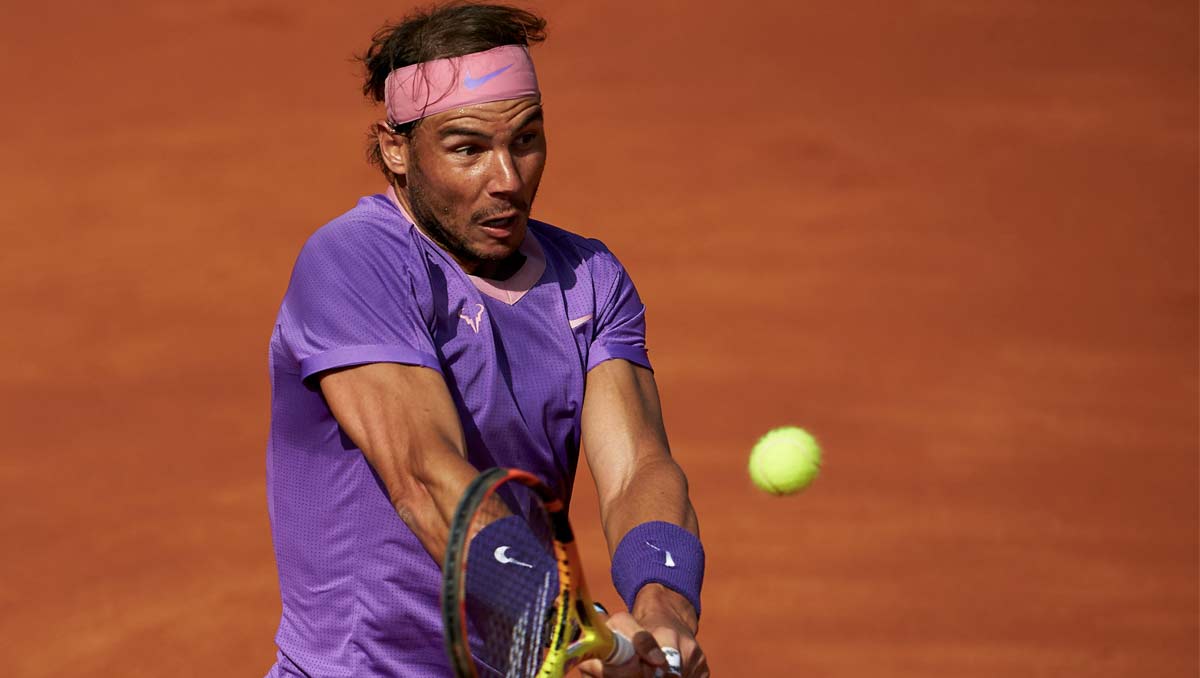 Thus far, the top half of the men’s singles draw seemed to be turning into a ‘big three’ roadshow.

Not enough that No1 Novak Djokovic, No3 Rafael Nadal and No8 Roger Federer, the only three Roland Garros champions in the men’s draw, found themselves in the same half for the first time. Nor that they comprised three of the four oldest men heading into the middle weekend of action [age 34, 35 and 39 respectively].

They had all advanced to the third round while many fellow seeds had fallen by the wayside—and that despite Federer in particular having very limited expectations ahead of only his third event in 18 months following double knee surgery. Three matches, just one win, all in the best-of-three format, yet he survived four sets against one of the most dangerous unseeded players in the draw, former world No3 and US Open champion, Marin Cilic.

Could he and Djokovic really set up a quarter-final show-piece contest come week two? Both men faced players outside the top 50 in their Saturday matches, but unfortunately for Federer, if he survived No 59 Dominik Koepfer, he was then likely to face the only other seed in this quarter, No9 Matteo Berrettini. And the big Italian was more than happy on clay: Belgrade last month was one of three clay titles this year, along with the Madrid final.

Djokovic, who was yet to lose more than four games in a set, was a near certainty to get past Ricardas Berankis. The last time they met, in Roland Garros eight months ago, Djokovic conceded five games. Sure enough, it took him a mere hour and a half to sail onwards, 6-1, 6-4, 6-1.

Beyond the world No93, he would face the survivor of a delightful Italian clash between one-handers Lorenzo Musetti—ranked 76, and one of two 19-year-old Italians in the mix—and No83 Marco Cecchinato.

Only three seeds remained in the Nadal quarter too. Nadal began the tournament as the favourite to win a 14th title at his most successful tournament, and he had done little to raise any doubts in his first two matches. After all, the defending champion was now up to 102 wins for only two losses at Roland Garros.

No10 Diego Schwartzman was shaping up to be the Spaniard’s quarter-final opponent after No7 seed Andrey Rublev lost in the first round. The Argentine, who made the semis in Paris last October, put out the fourth ‘veteran’ in the half, No132-ranked Philipp Kohlschreiber, in short order to become the first man into the fourth round, 6-4, 6-2, 6-1.

However, Nadal had some hurdles to overcome if he was to reach that Schwartzman quarter-final. In the fourth round, he would find the other 19-year-old Italian, No18 seed Jannik Sinner, who was shaping up to become one of the elite men on the tour in the near future. He won the Great Ocean Road title in Melbourne, reached his first Masters final in Miami, plus the semis in Barcelona. Now, he beat Mikael Ymer, 6-1, 7-5, 6-3, making it two Italian teenagers to the fourth round.

Before a Nadal showdown, however, the Spaniard faced the only remaining Briton in the singles draws, Cameron Norrie, unseeded at a ranking of 45, but asserting himself on the tour this season as he headed towards the top 40 courtesy of his first third-round run at Roland Garros.

Norrie had also reached the finals in Estoril and Lyon, both clay events, plus the quarters in Barcelona, beating the likes of Dominic Thiem, David Goffin, and Cilic on the way. He was up to 25 wins in 2021, third behind only Rublev and Stefanos Tsitsipas, but two of his losses happened to be against Nadal, in straight sets both at the Australian Open and Barcelona.

Norrie was in no doubt about what lay ahead:

“I’ve learned that he’s actually a human being. He can miss shots, he can play short at times. But then you give him a little bit of room to find his forehand, he gets it going. He can be extremely dangerous. It can be absolute carnage going into the forehand there.”

Norrie held his own for the first five games, and he did resist two of the three break points he faced at 2-3, but Nadal would not be denied, broke, and held with a forehand winner for 5-2. He went on to serve out the set, 6-3.

However, it was Norrie who got the first break in the second, thumping an off backhand to convert break point against a suddenly tight Nadal, 2-0. Unfortunately, Norrie lost focus to hand the break back, and then complained that Nadal was not playing to his serving rhythm—an issue called against Federer in his Cilic match, but with the opposite outcome.

Not deterred, the Briton pounded another backhand winner to break for 3-1, but yet again, was broken straight back. Nadal held for 5-3, and worked more break points. Norrie saved one, but Nadal was now fired up, and slotted a huge forehand cross-court winner, 6-3, roaring his approval to the crowd on Suzanne Lenglen.

In the third set, Norrie was finding it increasingly hard to beat Nadal for pace, and the Spaniard tracked down a remarkable forehand well behind the baseline to slot a winner on break point, 3-1.

Norrie threw some great penetrating shots at Nadal, and had him on the run a few times in his endeavour to break back, but the Spaniard’s speed and boldness in defence halted the attack: He held for 5-2.

The Briton held off one match-point to force Nadal to serve for the match, and after some strong resistance from Norrie, the defending champion made his 35th winner to take his 103rd match-win at Roland Garros.

So both Nadal and Djokovic will play 19 year old Italians for a place in the quarter-finals: The latter against the 76-ranked Musetti, the former against the rather more formidable No18 seed, Sinner.

Should Berrettini and Federer win their matches, that would make it ‘big three’ against ‘Italian three’ in the fourth round.

In the other completed day match, the third teenager in the half, Carlos Alcaraz, lost to Jan-Lennard Struff, but watch out for this fast-rising, fast-improving Spaniard. For now, though, it is a Spaniard twice his age who still dominates the Roland Garros courts.