These are exciting times indeed for women’s tennis, with new names proliferating across the record sheets 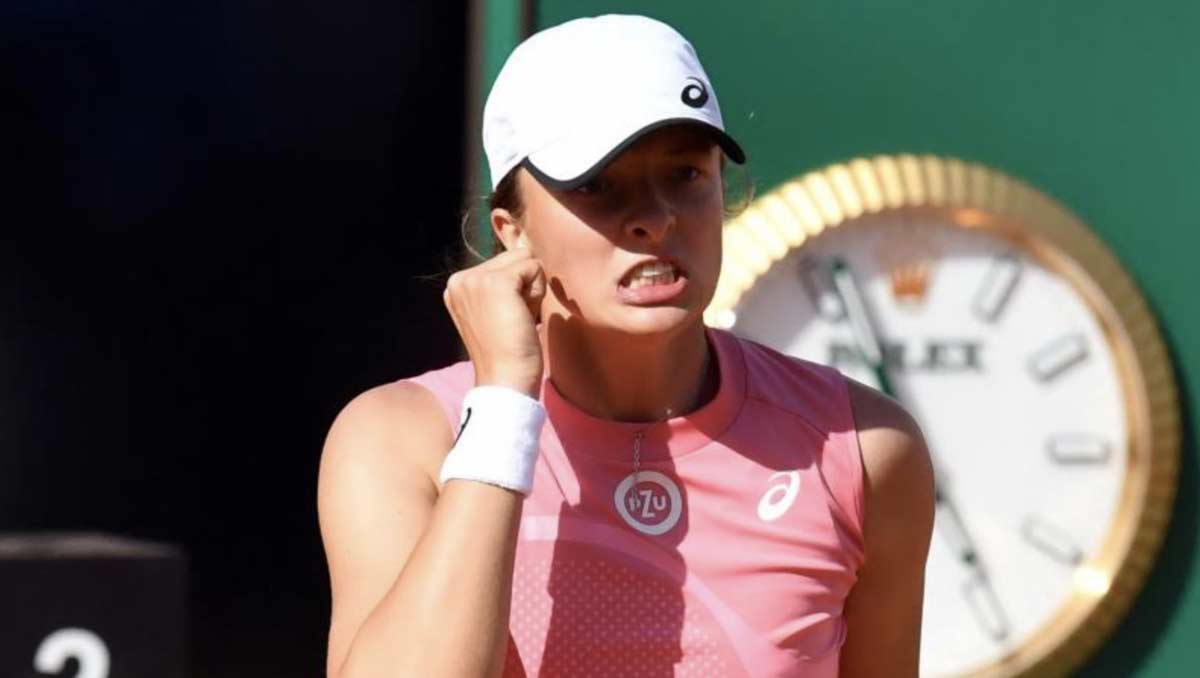 The last nine Majors have featured a plethora of fresh young talents on the women’s tour.

Naomi Osaka, at age 20, won her first Major in New York in late 2018 and her fourth in Australia this year—and is still only 23.

Bianca Andreescu and Sofia Kenin picked up a Major apiece in the last 18 months: They are 20 and 22 years of age respectively.

And Iga Swiatek was yet to turn 20 when she raced through the French Open draw last October to win the trophy without dropping a set.

All of them are now in the top 10, but only one has made it through to the quarter-finals of this year’s clay finale. Swiatek, who only turned 20 last week, is still yet to drop a set.

But there is certainly no reason to see the absence of any other Major champions among the last eight as a negative. For the women’s tour is bursting at the seams with yet more young names already willing and able to step into the limelight.

Never before have six women made it into the last eight of a Major for the first time: Indeed only twice before have there been five first-time quarter-finalists in one Major. And all six are young and improving players.

Age 25, Maria Sakkari was at a career high 18 up from 24 at last October’s French Open.

Paula Badosa and Barbora Krejcikova, 23 and 25 respectively, won Belgrade and Strasbourg on their way to their current nine-match winning streaks. At a mere 17, Coco Gauff was on a similar run, with the Parma title in her back pocket and an outstanding semi run at the Rome 1,000, where she beat Sakkari and No4 seed Aryna Sabalenka. She was ranked outside the top 50 at last year’s French Open.

Gauff has yet to drop a set in Paris, as has No21 seed Elena Rybakina age 21, who beat Serena Williams in the fourth round.

Tamara Zidansek, 23, is the lowest-ranked remaining player, at No85, and until this week, she had only reached the second round at any Major, and had never won a match at Roland Garros. Here, though, she beat No6 seed Andreescu in her opener—her first top-10 win.

On paper, though, Zidansek had her work cut out against Badosa, in the first of a complete set of first-time meetings. The Spaniard had won more clay matches in 2021 than any other woman—17—and was a former junior French Open champion.

But it would turn into a three-set thriller of seesawing fortunes that saw both women come back from behind. After two and a half hours, though, Zidansek edged the final punishing set to reach the semis, 7-5, 4-6, 8-6. It made her the first Slovenian female to do so since the country got its independence in 1991.

“Well, it feels overwhelming. It’s hard to take it in this fast. But I’m just trying to focus on my game, on myself… Speaking about nerves today, that’s exactly what I tried to do. Of course it was a great opportunity for the both of us, you know, to get into the semi-finals, but I guess I managed to keep my composure today a little bit better than her. But still, it was a tough battle in the end.

“Winning the first round [against Andreescu] was a big breakthrough for me. I got a lot of confidence from that… I just kept going match by match. Every day is a chapter for itself, you know. I’m just gonna keep doing that and hope for the best.”

However, who would she face in her next landmark match? It was a battle between the only other woman left who had reached a Major quarter-final before, and the oldest of the eight by some distance at age 29, the No31 seed Anastasia Pavlyuchenkova. This was her seventh quarter-final, but she was yet to take the one step further into a Major semi.

She had to face the formidable No21 seed Rybakina, her doubles partner, to earn her chance this year in her 52nd Major appearance.

It turned into another compelling tussle, as Pavlyuchenkova came back from a set and a break down to beat the Kazakh 6-7(2), 6-2, 9-7, after more than two and a half hours.

It made her the first Russian woman to reach a Major semi since Elena Vesnina reached the last four at Wimbledon in 2016—and tomorrow she will attempt, like Swiatek and Krejcikova, to also reach the semis in women’s doubles.

But for now, she struggled to convey how she felt about this milestone:

“I’m a bit out of emotions right now. I guess I need a little bit more time. Probably later tonight I’ll realize that. I mean, very happy with the win. It was unreal match today.”

“I actually have always wanted to be in the semi-finals so much before that I think I have achieved it now and I’m sort of, like, neutral reaction. Of course I’m happy, but I feel like I’m doing my work, I’m doing my job, and there is still matches to go through, still work to be done. So I just look at this like that. Trying to enjoy this moment as much as I can but not giving so much importance as well right now. Just take in the present and enjoy this moment now and then see.”

The other quarter-finals take place Wednesday between Gauff and Krejcikova, and Swiatek and Sakkari.