No1 Djokovic and No5 Nadal drawn in same quarter; Teenage star Alcaraz in same half, Plus more facts, figures and matches to catch 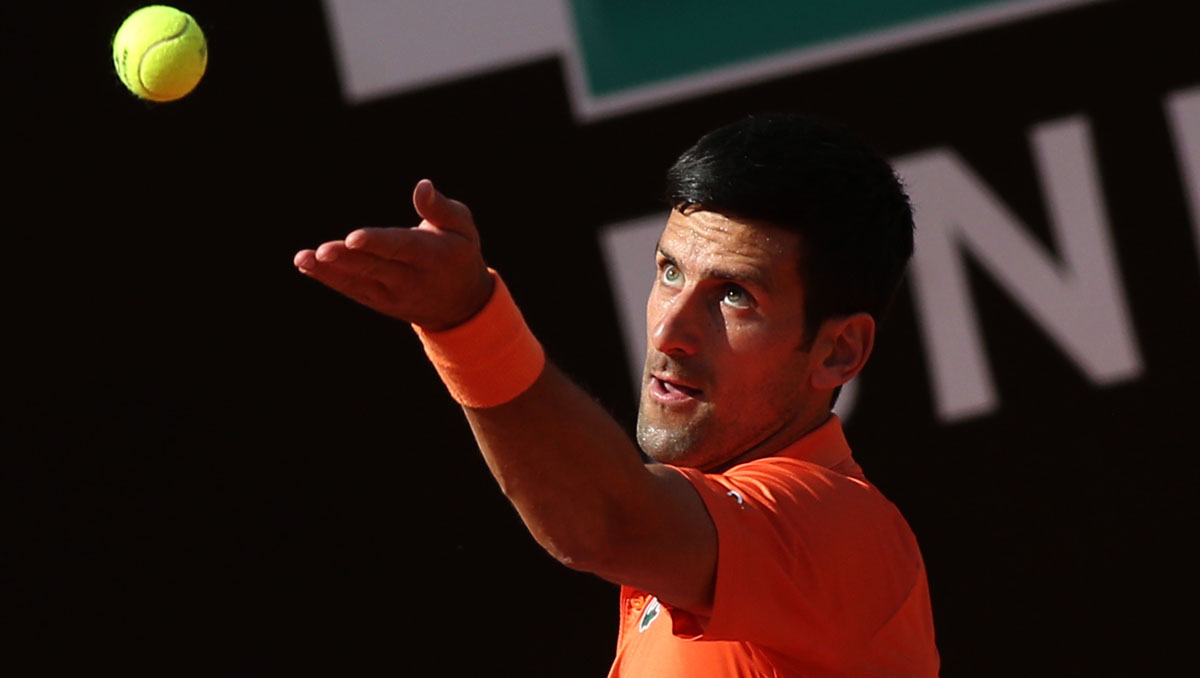 It has become the norm: Wherever and whenever Novak Djokovic takes to court, there is usually a new record or milestone on the line.

Last week in Rome, despite the trials and tribulations of a 2022 season in which he was prevented from playing some of the biggest tournaments by his Covid status, he ticked off a few more: his 60th Rome match-win, his 1,000th career match-win, reaching a new record of weeks at No1—370 at least—and extending his record of Masters titles to 38.

The timing could hardly have been better for Djokovic to win his first title of the year, and on the courts that transition so perfectly towards the high-point of the clay season, the French Open in Paris.

That he arrives at Roland Garros on a rising curve of form, as the defending champion, and now chasing yet more records, is par for the course. This time, remarkably, he is attempting to become the first man in history to achieve the triple career Grand Slam should he win a third French Open title.

The big question is, who among the draw is able to thwart those ambitions?

First and foremost will be Djokovic’s most-played rival, Rafael Nadal, the man with an astounding 13 titles at Roland Garros, a 105-3 match record, but the man who, this time last year, did not add to his title tally. Djokovic beat him in the semi-finals and went on to win his second French title—having won the Australian Open, and then also winning Wimbledon, to match Nadal and Roger Federer on 20 Major titles.

And there lies another piece of the Djokovic record-setting jigsaw. In the Serb’s absence, Nadal won the Australian Open at the start of 2022 to take one step above the Serb and Federer with his 21st Major. Come the start of June, Djokovic will hope to draw level with Nadal at the top. Then with Wimbledon and/or the US Open, he may go on to lead his two great rivals in Major titles for the first time.

And for all Nadal’s prowess on his beloved clay, Djokovic will arguably be the favourite to take that first step in Paris. For Nadal, after a blistering 20-0 run to start 2022 on his return from an extended absence after last year’s French Open, has struggled to make his usual headway through the clay swing as he nursed a persistent foot injury. There have been just three match-wins on the red stuff, and his third-round exit from Rome ensured a slip to No5 in the ranks.

The repercussions of that have hit him hard, for he has fallen into the Djokovic quarter. The two have not met so early in a Major since the same tournament in 2015: And Nadal lost.

Who can disrupt the Nadal/Djokovic duopoly?

Between them, Djokovic and Nadal have won 13 of the last 15 Majors, dating back to Roland Garros in 2018. One of the biggest potential impediments to both champions’ ambitions this time also falls into their half.

No6 seed Carlos Alcaraz has been the star of 2022, a man who had only just edged inside the top 100 this time last year, when he made a third-round run in Paris via qualifying. His first title came soon after, on the clay of Umag, and he began 2022 ranked 31. Fast forward to when the 18-year-old Spaniard turned 19, and he had won Rio, Barcelona and both the Miami and Madrid Masters. In the last of them, he beat three of the top four men in Djokovic, Nadal and Alexander Zverev.

In the process of going 28-3 this season, Alcaraz has become one of the favourites for the French title, but his path is a formidable one. Even before a possible quarter against No3 seed Zverev and semi against Djokovic or Nadal, he may have to beat Albert Ramos-Vinolas, Sebastian Korda—who beat Alcaraz in Monte-Carlo—and then Cam Norrie, though the unseeded Dominic Thiem and veteran Richard Gasquet, who has just beaten world No2 Daniil Medvedev in Geneva, also lurk.

Can Zverev take that extra step?

As for Zverev, semi-finalist in Paris last year, if he is to claim the biggest prize of his career, his first Major title, he has just as tough a route: the fast-improving clay expert, No38 Sebastian Baez, Monte-Carlo runner-up Alejandro Davidovich Fokina, and Indian Wells champion Taylor Fritz—all before Alcaraz and Djokovic/Nadal.

The German has won Masters titles on clay three times, and has reached a Major final at the US Open—and made his first Major quarter-final at the French Open four years ago. He has also reached at least the semis of all three clay Masters this spring. But to make the ultimate step up in the face of such a draw may again postpone that elusive Major.

Masters in the bottom half

Medvedev, ranked No2, could claim the No1 ranking with a strong run, and not for the first time: He topped Djokovic for three weeks earlier in the year, and might have overtaken the Serb again had Djokovic not gone deep in Rome.

Medvedev has picked up a kinder quarter at the bottom of the draw, but is only just finding his clay feet after a break to undergo a hernia operation. And his quarter contains compatriot Andrey Rublev, Italian star Jannik Sinner, and the ever-ready Pablo Carreno Busta.

A stronger prospect, on paper, comes in the other bottom quarter, which is topped by Monte-Carlo champion and No4 seed, Stefanos Tsitsipas. The Greek came within touching distance of victory at Roland Garros last year, leading two sets to love against Djokovic before losing in five. This year, he arrives having lost to Djokovic in the Rome final and the draw has thrown in a few early difficulties. He faces fellow single-hander Lorenzo Musetti in his opener, possibly another one-hander in Round 3, Briton Dan Evans, with Alex de Minaur or Denis Shapovalov in the fourth round, and Casper Ruud lined up for the quarters.

Who else to watch

· Ruud has reached the Geneva final this weekend, and reached the semis in Rome last week. He won his sixth clay title in Buenos Aires during the spring, and proved his developing all-court ability with a final fun at the Miami Masters. His draw, though, is tricky, starting with the retiring Jo-Wilfried Tsonga, who will bring raucous home support for the veteran Frenchman.

· Musetti, a former junior No1, reached the fourth round in Paris last year where he took the first two sets off Djokovic, both tie-breakers. He went on to retire in the fifth set, but the now 20-year-old Italian made some good runs this clay season. However, his first match, Tsitsipas, will test where he is physically after retiring against Zverev in Rome.

· Both former French Open champion, Wawrinka, and former runner-up, Thiem, have played precious few matches due to injury since this time last year, and so are unseeded in the draw. But they will be popular presences against, respectively, Corentin Moutet and Hugo Dellien. Wawrinka could face Nadal in the second round.

· Sinner has steadily built his strength and reputation since making the final of the Miami Masters as a teenager last year. Nadal beat him in the fourth round at Roland Garros last year, after he reached the quarters the year before, and though his five titles have come on hard courts, Sinner made the quarters in both Monte-Carlo and Rome this spring. The No11 seed has one of the better quarters to negotiate, too.

No10 Matteo Berrettini, No19 Roberto Bautista Agut, No22 Gael Monfils, No46 Federer, No69 Andy Murray, No76 Nick Kyrgios, No84 Kei Nishikori, No89 Dominik Koepfer, No99 Jan Lennard Struff, No100 Thiago Monteiro

French Open 2022 preview: Super Swiatek is one to beat as she targets second Roland Garros title