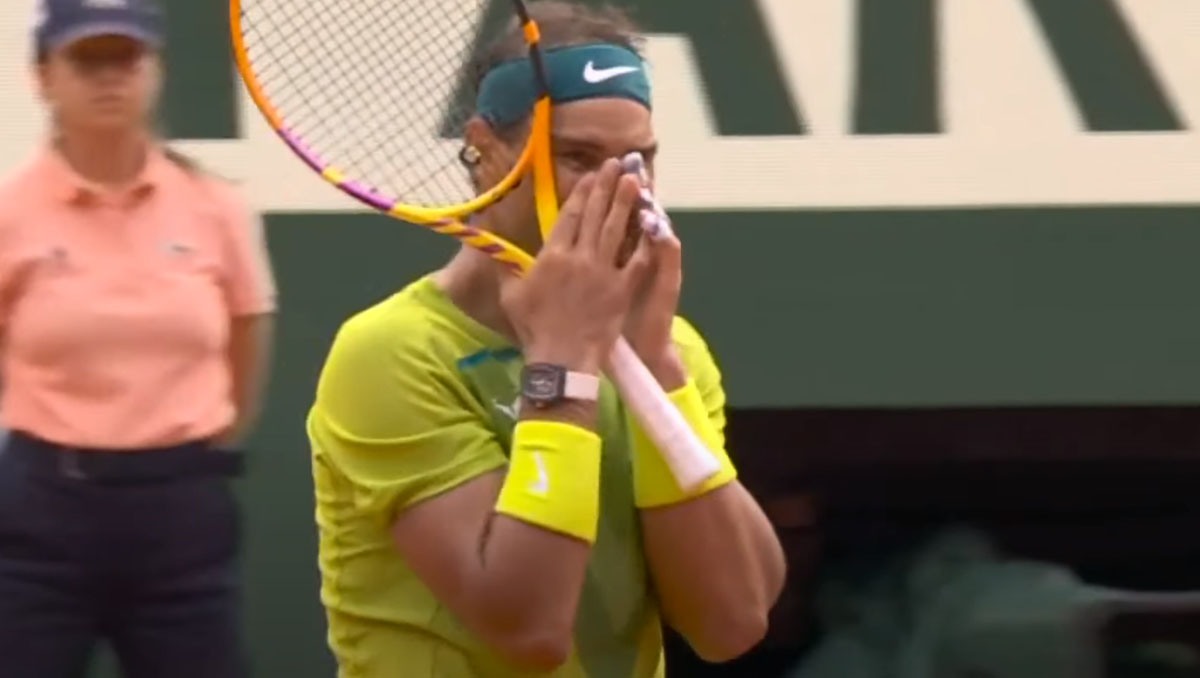 Here, then, was a French Open final that promised records, milestones, and eventually the headlines for Monday’s printed media.

But whether those headlines would be celebrating the greatest ever Roland Garros champion, 13-time titlist Rafael Nadal, or the new clay kid on the Philippe Chatrier block, Casper Ruud, only time would tell.

The safe money was, of course, on the extraordinary Spaniard who turned 36 just days before. After all, Nadal had won 111 matches and lost only three on his way to his 14th final in his 18th consecutive appearance at the French Open.

He had not lost any of those previous 13 finals, and since his first, as a teenager in 2005, he had expanded his clay-court brilliance to embrace the other surfaces, too: Twice a Wimbledon champion, four times a US Open champion and twice—and most recently—the Australian Open. He had, in short, added power, vastly-improved serving, net skills and more to finally outstrip his two greatest rivals, Roger Federer and Novak Djokovic, in Major titles: 21 of them.

He did not even play Wimbledon and the US Open last year due to a chronic foot problem, but if pundits thought that spelled a decline in Nadal’s achievements, they were wrong. He began 2022 with a 20-match winning streak that took in the Australian title, Acapulco and then the final of Indian Wells.

Yet another hiatus with a fractured rib kept him out of action until the Madrid Masters, and there were losses in the early rounds there and in his beloved Rome Masters. But as so often before, come Roland Garros, come the champion, even with a painful foot.

And what had looked like an impenetrable half of the draw a fortnight ago bent to his will once more. He went on to face all his scheduled seeds: No9 Felix Auger-Aliassime, who took him to five sets, then top seed and defending champion Djokovic, and finally No3 seed Alexander Zverev.

There, the match looked destined to break records as it headed well past three hours before a second-set tie-break, until a brutal accident saw Zverev wheeled from court with a severe ankle injury.

Who knows how long that tussle might have lasted, and the physical repercussions on Nadal, had it gone into a fourth, even a fifth hour. As it was, the prospect remained alive of a 14th Coupe des Mousquetaires. And given his opponent, the prospect looked all the brighter for the Spaniard.

For on paper, the odds stayed with Nadal. Certainly the Norwegian 23-year-old Ruud was a man on the rise: He had eight titles—seven on clay, two of them this year. And with an ever-growing skill-set and athleticism, he had reached his first Masters final in March, on the Miami hard courts.

Even after missing the whole of this year’s Australian swing with injury, he had notched up a 30-9 season, with 21 wins on clay—including Geneva immediately before Paris. He had, over the last two years, reached four clay Masters semis, too. But unlike six of the seven men ranked above his No8 seeding, Ruud had yet to win a Masters. Even more notable, he had not, until now, ever reached a quarter-final at a Major.

However, perhaps the biggest hurdles that faced him in this first meeting with Nadal were psychological ones. Nadal had been his idol since Ruud played the junior circuits, and he had trained at the Spaniard’s own academy in Mallorca for over three years. They had practiced together many times, so Nadal was familiar with his game—and any weaknesses.

Ruud, though, still tried to talk the talk ahead the final:

“He is the last player of the ‘big three’ and the very top players in the world I have never played against. So I guess this is perfect timing and worth the wait. To finally play him in a Grand Slam final will be a special moment for me. Hopefully a little bit for him as well.”

Of course, Ruud had already broken plenty of new ground this fortnight: His first Roland Garros fourth round, quarter-final, semi-final and final. He was also assured of a new career-high in the ranks, No6, and would become the first Norwegian men’s Major champion. Indeed not since the first World War had any Norwegian won a Major, and when Molla Bjurstedt Mallory did so at the US Championships, tennis was still far from the Open sport it went on to become.

So could Ruud take on the reputation and experience of Nadal and win?

Nadal elected to open serve, and immediately focused on the weaker backhand wing of the Norwegian. He broke in the second game, but then showed his own nerves in the third game, with uncharacteristic double faults followed by a forehand error to hand the break back.

It would not last: three Ruud errors in the next game, and Nadal pounced again, this time consolidating with ease, 4-1. He went on to serve it out, 6-3, after 50 minutes.

As if the bristling figure of Nadal at the other end of the court, with horns blasting out ‘Viva España’ between games, was not intimidating enough, there was tennis royalty looking on, the likes of Billie Jean King, Stefan Edberg, and Gustavo Kuerten. There was actual royalty, too, with the Spanish king and Norwegian crown prince.

Ruud faced trouble again in the first game of the second set, saved three break points, and survived, 1-0. He then went on a run of winners to hold and then break Nadal to love, 3-1, but just as quickly made more errors to hand the break back.

Nadal, with his strut now firmly in place, held to love, broke again, held to love again: 5-3. He seemed to have broken down the Ruud game, and two more winners brought up two set points. Ruud saved them, but the pressure became relentless, and the Norwegian double faulted on the fourth break point: 6-3.

And so it continued: A quick break in the third, and Ruud was 2-0 down. Another, and he was at 4-0. A quick hold from Nadal, and the Spaniard was one game from No14. He had begun to read Ruud’s game with ease, and as a result, was making winners with abandon. He made three more in the final game to break for the match, having given up just seven points in the set. One last thrust, Nadal’s 36th winner, and it was over, 6-0.

The embrace was warm, but Ruud’s heart must have felt like lead at the speed the match had raced away, highlighting the gap between a very good clay-court player, and the greatest one.

Ruud summed it up:

“We all know what a champion you are, and today I got to feel what it’s like to play you in a final. It’s not easy! I know I’m not the first victim, there have been many before. You are a true inspiration to me and many around the world—and we hope you will continue for some time.”

So Nadal, now the oldest ever Roland Garros champion, not only extended his record in Majors over Federer and Djokovic to two, he became just the third in ATP ranking history to beat four top-10 players to win a Major, after Mats Wilander in 1982 and Federer in 2017.

And he concluded by affirming that, contrary to rumours on social media, he did indeed hope to continue—at least until next year.