Nadal: “Today’s match, it was very particular. The fact that Federer is back on clay and competitive again, it’s something important.” 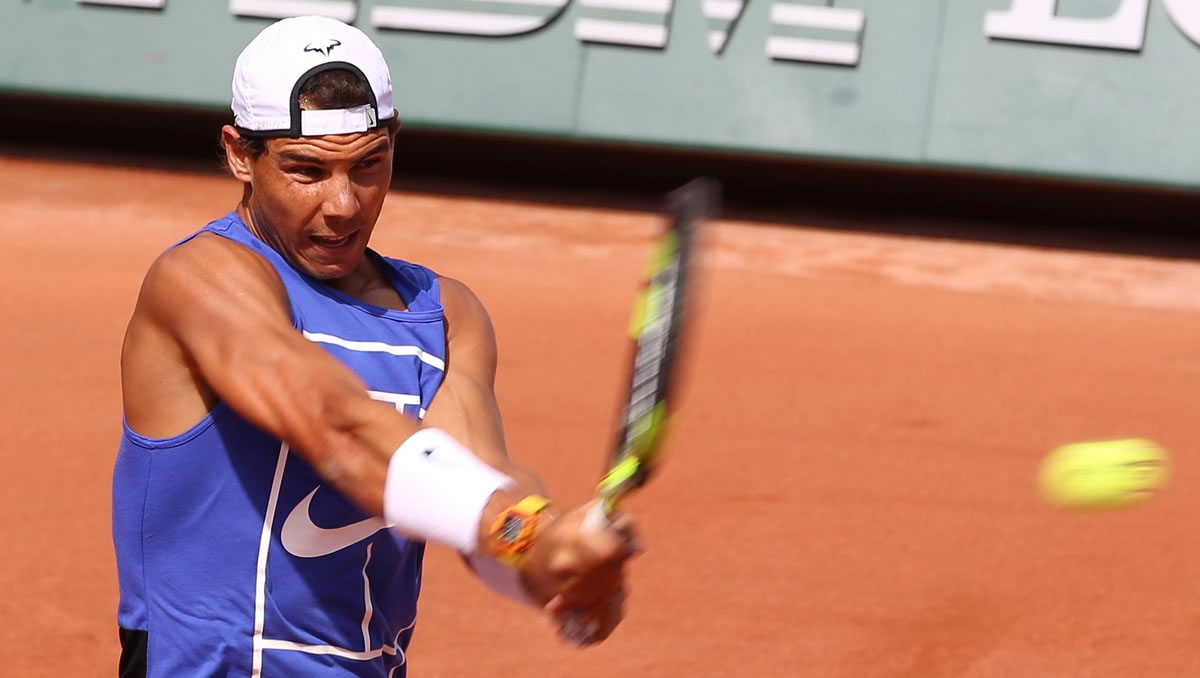 We have been here before, in many places around the world.

We have seen the two most prolific winners of Major titles in men’s tennis, Roger Federer and Rafael Nadal, face-off in what has become an iconic rivalry, and a rivalry famous not just in tennis but in sport globally.

And after four years away from this particular Major, and a long hiatus from clay as a whole, Federer not only returned to his rival’s famed stomping ground—where Nadal has lost just two matches in 93—but would hold his seeding to force one more meeting on the famous Philippe Chatrier court.

It would be their 39th match, their sixth at Roland Garros, where they played one another at a Major for the first time in 2005 in the semi-finals. And they would go on to meet on the same court in the next three finals, with a fourth final in 2011.

And as has been the case for Nadal against all-comers in his 11 previous semi-finals and finals at Roland Garros, he has won them all.

Indeed not since Madrid in 2009 had Federer beaten Nadal on clay, which was one of only two wins in 15 meetings on the surface. Whichever way you looked at it, this latest one had the makings of a one-sided affair.

And yet it was the match-up that the tournament, and most of the fans who have poured into each of their matches along the way, hoped for when the draw was made more than two weeks ago.

Most of those fans knew that, for all the one-sidedness of the rivalry over its 15 years, Federer had won their last five in a row against Nadal, including the Australian Open final in 2017 on the Swiss man’s comeback from knee surgery. But would that make a difference when it came to Nadal’s beloved French clay?

There was another factor at play here, too: the wind. The weather had already played a part in delaying the quarter-finals in the top half of the draw when an entire day was washed out. Now rain was promised again, along with high winds.

Fortunately, the rain did not materialise in any serious way, but a cool wind blasted Roland Garros, such that the red dust swirled around the court and brought a fine film to every surface.

In such conditions, it was perhaps no surprise that break chances came early. Indeed Nadal faced a break point in the very first game. He survived, and turned the tables, breaking Federer at the third attempt in the second game, 2-0.

The Swiss looked the less confident in the wind, but nevertheless he broke straight back, only for Nadal to break again in a long, gruelling sixth game. For two such reliable servers, this was an unusual passage of play, and the errors piled up.

The Spaniard, so used to the windy conditions of his home island of Mallorca, and used to playing with less margin of error, did not falter again, and served out the set, 6-3.

The serving problems continued into the second set, with both players forced to pause in their deliveries to let fierce gusts subside or protect their eyes This time, though, Federer got the first break, 2-0, but as before, Nadal broke straight back.

And they stayed on level terms through the best section of the match, all the way to 4-4. The now-packed Chatrier cheered Federer on—chants of “Roger, Roger” rebounded around the arena—and he was not deterred from his attacking play, net charges, drop-shot attempts, even though the wind impacted on deft shot-making.

And in the ninth game, though Federer initially led 40-0, Nadal pulled off his signature forehand pass down the line for a break point, Federer made a drop-lob play, but without enough height, and Nadal reached it with ease for a winner and the break. Once more, he served out the set, 6-4.

Federer had to fend off a break point in the first game of the third, but held on. Come the third game, though, and the errors leaked again, and a forehand put wide brought up two break points. Caught out by a net-cord from Nadal, the Swiss was broken and his frustration surfaced—a ball launched over the stand and a warning from the umpire.

But there really was no way back with Nadal playing as well as he has all tournament, and with enough heaviness in his ground strokes to fight the wind. He broke again for 4-1, and finally served out the win, 6-2, after almost two and a half hours.

The match, however, had not been as one-sided as the score appeared, and there had been some fine points along the way, with almost 60 winners for 43 errors—though the stats favoured Nadal on both counts.

But it was perhaps in the serving where the greatest discrepancy lay. Famed for his variety, accuracy, and spin on serve—and he notched up his 11,000th ace earlier in the tournament—Federer was below 60 percent for the match, and just 38 percent in the third set. And he pulled off only half of his net points.

He afterwards joked to the Swiss media about the wind:

“First they put on the roof, and then the roof is going to fly away. There was so much wind, it was incredible. It was just crazy. No excuses—but it was crazy.”

But he also explained how much it had affected his game:

“You get to a point where you’re just happy to make shots and not look ridiculous. I mean, it’s that bad. It’s just really difficult for both of us…

“I don’t know what I could have done a whole lot different. Does it take my serve out of play a little bit maybe? With the toss being all over the place, you’ve got to go for a bit more safety, and that’s just maybe enough for him to get more second serves. I don’t know… you’ve got to try to take on the half volleys, too, all that stuff. It just adds to the equation. He’s the best clay-court player, so I can accept that. It’s not a problem.”

The result, though, is a 92nd win at Roland Garros and a remarkable 12th final. And he is guaranteed to remain at No2 in the ranks as the tour heads to grass, whether he plays Novak Djokovic or Dominic Thiem in the final, whether he wins No12 or not.

But after this particular match, there were hints in several of the questions posed to Federer and Nadal that this may be their last at Roland Garros. After all, Federer cut back his clay schedule severely in recent years, and he will turn 38 in two months’ time.

“I hope we will both have more years to come and a great future ahead of us. Of course, we won’t be here in 10 years’ time. But regarding today’s match, it was very particular. Because five years ago, we would not have envisioned being at this level of our career with that level of tennis.

“We must thank all those who have helped us, supported us, given the possibility to live such moments.

“For me, personally, I have won a very important victory in my eyes: For the tournament and for Federer. The fact that Federer is back on clay and competitive again, it’s something important. And I think that he will go away with good sensations, because he fought very hard to win Roland Garros.”

We have been here before, in many places around the world. No40 may not be at Roland Garros, but surely it is still to come somewhere.