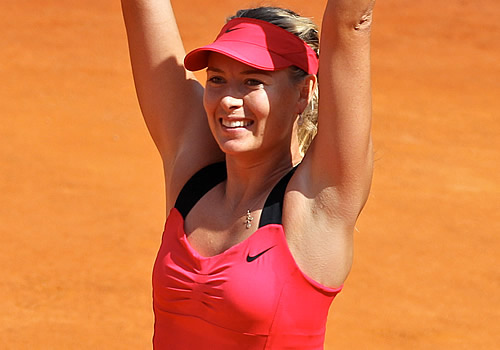 The French Open is to follow the example of the Australian Open and US Open in offering another record level of prize money this year. Its total spend will rise by €3m to €22m (£19m, $29m) following a rise of almost €1m in 2012.

As last year, some of the increases at Roland Garros will be weighted in favour of the early-round losers—an area of particular concern to players throughout their prolonged discussions of the last 18 months to seek a more reasonable distribution of profits from the Grand Slams.

The biggest increase has been given to losers in the second, third and fourth rounds, who will all be paid 25 per cent more. Nevertheless, the winners of the men’s and women’s singles titles will each earn €1.5m, up by €250,000—around 20 per cent—from last year, while first-round losers will get a rise of 17 per cent.

The director of the tournament and of the French Tennis Federation (FFT), Gilbert Ysern, said: “A better distribution of winnings guides our thinking on pay. In this case, the FFT hopes to continue its efforts with regards to players who are eliminated in the first week.”

Brad Drewett, ATP executive chairman and president, responded positively to the news, released just five weeks before the main draw of the French Open gets under way:

“The Roland Garros prize money increases are another positive step forward for our players and we welcome the long-term commitment the FFT has made through 2016.

“Following on from the Australian Open and US Open increases, Roland Garros is the latest Grand Slam to step up and recognise the input the players have in the success of its tournament. The progress that has been made through our discussions with the Slams over the past 15 months has been truly significant for our sport as a whole.”

It was possibly no surprise that the French Open has not matched the sums put forward by the bigger Slams.

The first of the season, the Australian Open in January, has demonstrated a substantial long-term financial commitment to the event both through its investment in the Melbourne Park’s infrastructure—it remains the only Major with two roofed courts and is planning another—and with the highest prize money. This year, it paid out a purse of $30m (£20.3m, $31.2m, €24m) which led the way until, in an unprecedented step, the biggest of the Grand Slams, the US Open, announced a second rise in its prize money just three months after making its first statement in December.

In a further announcement at the Miami Masters last month, the United States Tennis Association revealed a five-year plan, negotiated with the players’ professional bodies the ATP and the WTA, outlining an increase in prize money to $50m (£32.5m, €38m) by 2017.

Wimbledon has yet to announce its 2013 figures: They are expected some time next week.

Last year, the purse of the third most attended Slam—ahead of Roland Garros and trailing the Australian Open—rose by 10 per cent to reach £16.1m ($24.7m, €18.8m), its largest increase since 1993. It will, though, need another substantial rise to live with the rest.