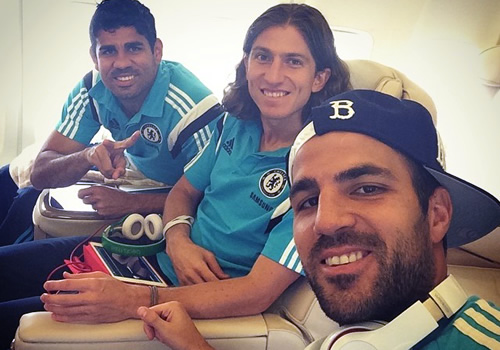 Gary Neville is backing Chelsea new-boys Cesc Fabregas and Diego Costa to adapt to life in the Premier League with ease.

The Blues have added the Spain internationals to their ranks as Jose Mourinho looks to transform the west Londoners back into title contenders this season.

And former Manchester United defender Neville is expecting both players to play significant roles in Chelsea’s title challenge in 2014-15.

“I expect Fabregas [to settle quickly] because he’s been in the Premier League and lived in London before,” Neville told Sky Sports News.

“Costa is interesting. When you watch him, he plays like the type who works his backside off for the team.

“Even if he’s not at his best in terms of goal-scoring, he’s going to be a massive threat and a handful for teams to deal with.

“He’s an aggressive centre-forward who runs at sides. He brings other players into play and thrives on knock-downs into the box.”

Chelsea kick off their Premier League campaign against Burnley on Monday.

Liverpool will finish in the top four, declares Ray Houghton