Gary Neville, Wayne Rooney and Peter Schmeichel all tweet their thoughts ahead of Manchester United's clash against Real Madrid 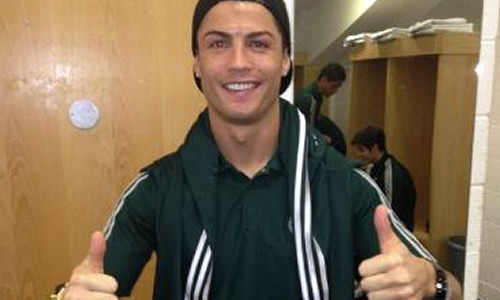 Manchester United and Real Madrid meet in the second leg of their Champions League last-16 tie at Old Trafford on Tuesday night.

Danny Welbeck and Cristiano Ronaldo both scored in the first leg at the Bernabeu, with both sides unbeaten domestically since their clash three weeks ago.

Here is the best of the Twitter reaction from the professionals ahead of what should be a special night in Manchester.

Man-of-the-moment Ronaldo (@Cristiano) says his side have only one aim: “I’m looking forward to return to Old Trafford. I’ve so many good memories there… It will be an exciting game for all and our only goal is to win.”

Former Red Devils striker Norman Whiteside (‏@NormanWhiteside) is tipping a 2-1 Red Devils victory at Old Trafford: “Up early after my favourite day, big game tonight, bring it on, 2-1 will do the job. Cheers NW.”

United legend Peter Schmeichel (‏@Pschmeichel1) has got a good feeling about the match: “Good morning all, BIG day and I’ve got a great feeling about tonight #ManUtd!”

Gary Neville ‏(@GNev2), who was part of the 1999 and 2008 Champions League winning sides, reckons United need to hold out until half-time: “Those asking for a prediction, I would take 0-0 at HT. Think of Dortmund/Monaco/Madrid games historically and being sunk before we set sail! The reason I say get to HT 0-0 is to keep the crowd in the game. They will get you through second half. It’s the first half where it can go for me.”