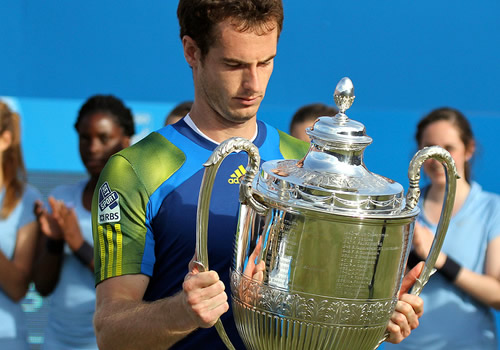 It seems that tennis, in a very modest way, is rediscovering its grass roots—literally.

Just months after Wimbledon made the surprise announcement that The Championships would move its sacrosanct fortnight back by a week from 2015, the ATP has confirmed that the grass will, for the first time, host two 500 events.

The Aegon Championships at Queen’s Club, London, and the Gerry Weber Open in Halle, Germany, are to be re-categorized from 250 events to the middle tier of tournaments that are worth 500 points to the champion.

The change will coincide with the move of Wimbledon to the end of June in the 2015 calendar, a decision that expands the time between the two most tightly scheduled Grand Slams, the French Open and Wimbledon, from two to three weeks.

In a further boost to Halle and Queen’s, the ATP has announced that all the 500 events in the schedule will see player compensation increase by an average of 10 percent annually over the next five years. The total prize money across the 500 tier, which includes Rotterdam, Dubai, Rio, Acapulco, Barcelona, Hamburg, Washington, Tokyo, Beijing, Valencia and Basel, will rise from $17.6 million in 2013 to $30.8 million in 2018.

Philip Brook, chairman of The All England Lawn Tennis Club, said: “When we announced the creation of a three-week gap between Roland Garros and Wimbledon from 2015, our aim was to establish a longer and more significant grass court season as part of the international tennis calendar.

“I am delighted to welcome the announcement of increases in prize money and the elevation in status of the Aegon Championships and Gerry Weber Open. Both events have been key pillars in promoting grass court tennis for many years and I wish to thank the ATP, LTA and Halle for their contribution and enthusiasm in helping to turn an exciting vision into an exciting reality.”

Queen’s, in particular, has long hosted one the biggest draws on the tour, its 56-man tournament out-gunning all the other 500 tournaments and matching many of the Masters events in size—though the restricted precincts of The Queen’s Club itself are unable to fulfil the demands of Masters status.

However, as Simon Long, LTA chief commercial officer, explained: “The Aegon Championships is a world class sporting event and a fixture of the British summer calendar. Our investment in upgrading the tournament will…further strengthen the grass court season in the run up to The Championships.”

Halle’s tournament director, Ralf Weber, added: “The ATP has honoured our commitment as well as our innovations over the past 21 years, and we are delighted to be joining the ATP 500 category.”

Players are committed to play four 500 events during the year, one of them after the US Open, and that will remain the case. But converting the near-essential Halle and Queen’s from 250s to 500s should ease the schedule at other points in the calendar.

As well as a choice of 500s in the run-up to Wimbledon, players will have a choice of three 250 grass tournaments. Already in the calendar are ‘s-Hertogenbosch in the Netherlands and the Aegon International at Eastbourne, and the ATP announced earlier this year that the Mercedes Cup in Stuttgart, currently played on clay the week after Wimbledon, would switch to grass from 2015.