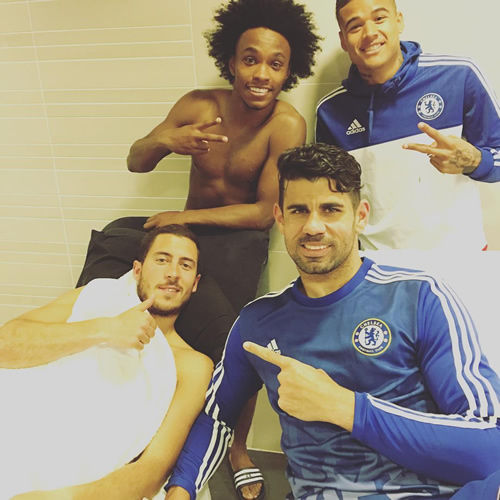 The 25-year-old came off the bench at half-time with Chelsea trailing 2-0 and produced a fine second-half display to help the Blues earn a point against their bitter local rivals.

Hazard has struggled for form and fitness this season but struck Chelsea’s equaliser in superb fashion when he curled his shot into the top corner after Gary Cahill had pulled a goal back for the home side.

And Hiddink was delight with Hazard’s performance after the Belgian scored his second and third goals in his last two games.

Speaking at his post-match news conference at Stamford Bridge, interim boss Hiddink said: “Eden has had a difficult season, we can’t neglect that fact, he’s had a lot of injuries.

“There’s been a lot of frustration and it’s good to see him back. He played 90 minutes at Bournemouth, a less intense game.

“My plan was to play him there for an hour and then he could be of use in this game.

“This game was more intense so it was wiser to bring him on later and have him at full speed in the second half. He did very well and we saw, as we have before, what he’s capable of.”

Chelsea return to Premier League action in their penultimate game of the season on Saturday with a trip to Sunderland.

Photo: Man United star all smiles with man of the match award