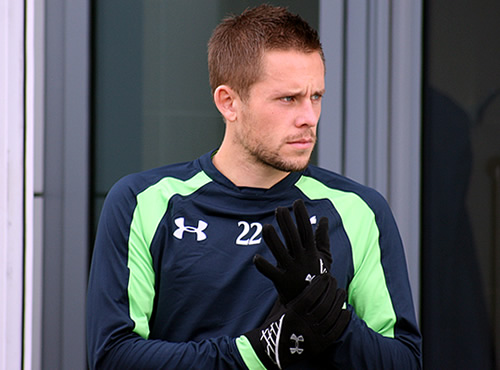 Gylfi Sigurdsson insists he was not close to leaving Tottenham this summer and is relishing the challenge of increased competition for places at White Hart Lane.

The Iceland international scored both of Spurs’ goals as the north London club returned to winning ways against Norwich City at White Hart Lane on Saturday.

The 24-year-old was linked with a move to Sunderland during the transfer window as Spurs brought in seven new players.

But the midfielder has underlined his commitment to Tottenham and is keen to fight his way into Andre Villas-Boas’ first-team.

“Every player knows that the club’s going to bring in new players,” said Sigurdsson. “That’s going to happen everywhere.

“As long as you take it as a positive thing you can improve and get better as the squad gets stronger.”

He continued: “I wasn’t close to leaving. I came here to play for a big club. When I joined, I knew there would be loads of players and competition.

“You can either be unhappy and leave, or look at it as a challenge. Hopefully you’ll improve and fight for your place as you know if you do the right thing every day, things fall your way and I’m hoping that will happen.”

Sigurdsson scored seven goals in 49 games for Tottenham last season after impressing in a loan spell at Swansea City.

And he admits that it took him a few months to find his feet at White Hart Lane.

“Obviously it’s nice to score two goals in the last game and it helps when the team is playing well,” he said. “We’ve kept three clean sheets in the league out of four games so that helps the confidence of the team as well.

“Personally, I played well for Iceland the other day in those two games, so things are looking good at the moment.

“I think the first six months, or the first half of the season, it took me quite a while to get into it.

“After January, things were more positive – I was playing more and scoring goals regularly. So after Christmas things got better.”