Halle 2019: Zverev suffers slip-up on way to opening win; Federer speeds to Round 2 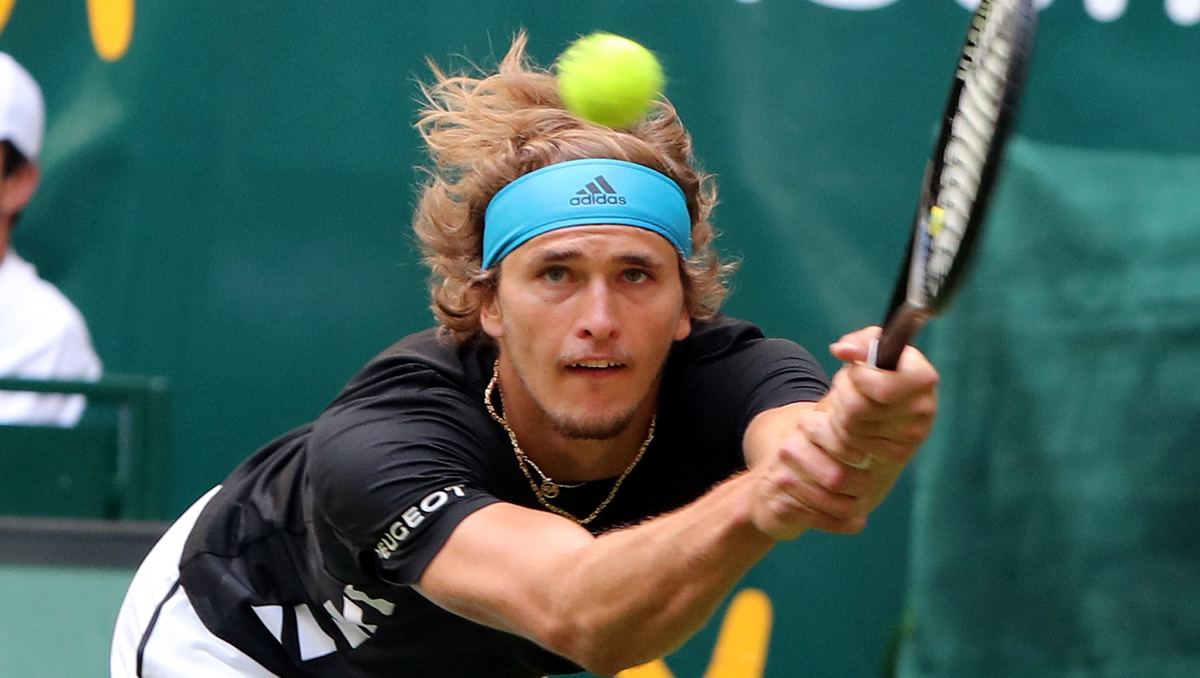 The two-time Halle runner-up and No2 seed, Alexander Zverev, came through a tough opener against Robin Haase, 6-4, 7-5, during which he was forced to fight back from 5-2 down in the second set.

He then had to save two break points as he served for the match, 6-5, in the second set, one of them a 41-shot rally.

He said of the contest:

“It was the expected hard test. Robin is a player who can give many difficult problems. He played some incredible balls today. The start of the grass season is always a bit tricky. One simply needs match practice to get used to the conditions.”

The 22-year-old German will next face American Steve Johnson, who ended a three-match losing streak by put out Philipp Kohlschreiber, 6-3, 6-3. Johnson has scored one win over Zverev in their only previous meeting, but the young German star was not fazed by that victory back in Miami back in 2016:

“I was only 18 back then. It was three and a half years ago. A lot has changed since then. It was a very good match for both of us. I hope that this time it will have a different ending.”

“He is someone who has an unbelievable serve, a very good grass court game; he has won a few tournaments on grass. He has a good forehand and a very good slice. He beat Philipp in straight sets, which also tells a lot. It won’t be an easy match but there are no bad players here. Therefore, there aren’t any easy matches.”

If there was something to concern the German, it was perhaps the fall that he suffered during his match against Haase. He later pulled out of the doubles draw, which he has invariably played with his elder brother Mischa, and with plenty of success: The brothers have reached the final in the last two years, and together have won two titles from a total of seven finals.

aHe confirmed after his singles match:

“Yes, I have a bit of pain and [the knee] is swollen, but you could see that I was able to continue the match. The court was a bit wet but luckily then they switched on the air-conditioning and it got better. I hope it’s nothing serious and that it will be better tomorrow, not worse.”

It will undoubtedly take a lot to stop him taking part, and he now enjoys a break until Thursday in the singles draw. He said:

“This is probably one of my favourite tournaments, and I’m always motivated here. Last year, I played with an injury here and lost first round, and this year I really want to do well. I hope this was a good start for a good tournament for me.”

Nine-time champion Roger Federer, who beat Zverev to the title in 2017, came through a strong test from John Millman as he opened his campaign for a 10th Halle title. The 37-year-old Swiss avenged his 2018 US Open loss to Millman, 7-6(1), 6-3.

Federer afterwards spoke about this first match of the season on grass:

“First of all, I’m very happy that I won my first round. You know, the last few years I’ve also played Stuttgart before. So, this is my first match back on the grass. It used to always be here in Halle, you know, my first round.

“Plus, I think with John having beaten me at the US Open, I knew it’s going be tough. So, thankfully I wasn’t too nervous. I think I had a clear game plan, I knew that it was going to be more difficult for him to dominate the baseline. I also had a heat issue to some extent at the Open but, you know, conditions are faster here so I’m able to control the tempo of the match a little bit more.

So, I’m very happy… I played a good breaker, broke at the end, saved break point myself and so I was able to serve it home at the end. So, that was nice.”

Federer will next face Jo-Wilfried Tsonga, who beat Benoit Paire, 6-4, 7-5. Federer leads his rivalry with Tsonga, 11-6, but the Frenchman has won their past two matches, in 2016 in Monte-Carlo and in the Toronto Masters in 2014.