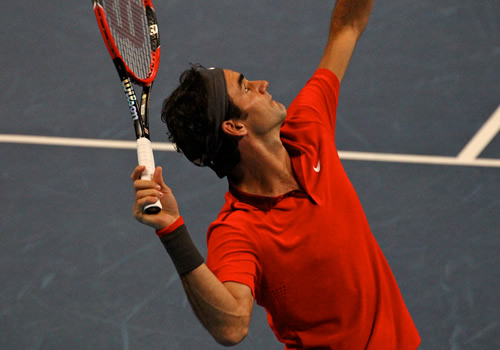 Thirteen times Federer has now played the 6ft 11in Ivo Karlovic and, with his semi-final victory in Basel, 12 times he has beaten the Croat.

Out of 33 sets played against one another, 16 have been tie-breakers—13 of them won by Federer.

When it comes to aces in a match, Karlovic leads the tour: 1,087 before the Basel tournament. But Federer is a not-too-shabby 10th on that list with 554 aces.

First serves won? Well not surprisingly, Karlovic tops that list too, with 83 percent—but even so, while Federer doesn’t own the fastest of serves, and nothing close to the 224kph missiles that Karlovic pounded down during the Basel semi-final, the variety, disguise, spin and angle of Federer’s serving earn him 78 percent of first serve points: ninth on the tour.

As for service games won, Karlovic is level at the top with John Isner at 93 percent—but Federer level second with Milos Raonic on 90 per cent. 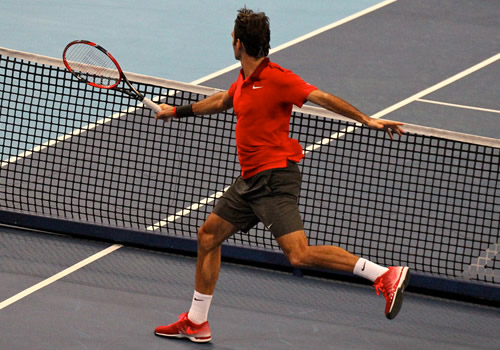 In their hour and 42 minute three-setter, Karlovic added 33 aces to his tournament-leading tally of 60, topping out at 228kph—that’s over 140 miles an hour. Yet each man was only broken once in the match.

Because give Federer an inch and he will take a mile. Give him a second serve, even a Karlovic one, and he will start to get his eye in and make some testing returns. Federer is renowned for his attacking game, but he is also fifth on the list of points won returning the first serve, just one percentage point behind Andy Murray and level with Novak Djokovic.

The Swiss combination of attacking and returning skills begins to explain the one-sided record in his tie-breaks against the big but much less nimble Karlovic—and on this occasion, their tie-break would, in the end, determine the match. 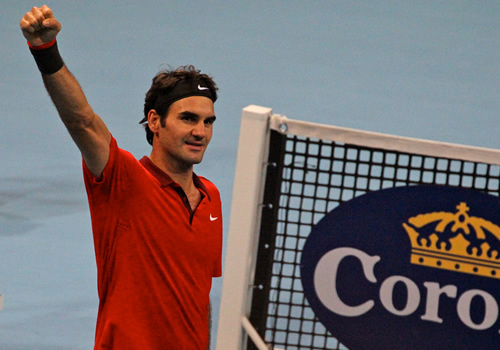 No more than a single point separated them through the first 17 points, each serving clutch. The deciding point, against the Karlovic serve at 8-9, was down to the Swiss return, a chipped backhand low to Karlovic followed by an attacking backhand cross-court winner, past the Croat at the net almost before he had seen it.

Yes Federer can serve, and he can return, too. But his most deadly weapon is the ability to turn a return into an attack at the flick of the switch—and against someone without the quicksilver movement and flexibility of a Djokovic or Murray, it can be too hot to handle.

Once Federer had the break in the final set, there was no looking back. He churned out three love holds to finish with 16-16 on first serve, 4-6 on second.

Federer admitted afterwards: “I thought he maybe served his best against me ever. I thought it was very impressive. It was close. I didn’t expect to break in the third set, so very happy to get that and then bring it home.”

A few more aces from Karlovic and the result may have been different: But even serving 33 of them was not enough against Federer in this form.