As the world's elite prepare to compete at the 'fifth Grand Slam', we bring you a selection of different snapshots from Indian Wells

The men’s main draw may only just have begun—and none of the women’s or men’s seeds have yet played a match—but the big names have already been hitting the violet and green of Indian Wells for days.

Mardy Fish, Agnieszka Radwanska and Gilles Simon—who has been much in evidence first against David Nalbandian and then, in a single day, Rafael Nadal and Roger Federer—drew the eager early birds to this mountain-encircled, palm-fringed garden.

And while the first days were singed by gusty winds and night-time chill, things are now warming up nicely. These most enthusiastic of fans—many of them long-term club players themselves—are now being singed by the sun as the temperature climbs to the 80s and the air is as dry as a bone. 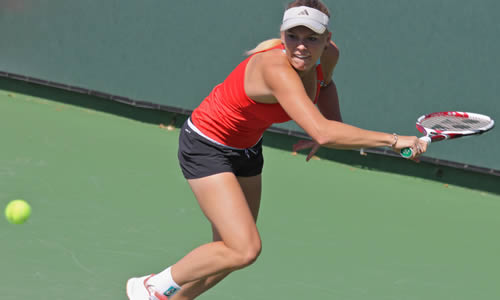 Come six in the evening, the day darkens to ink-blue and the floodlights compete with the brightest of stars in the clearest of skies. This is the Indian Wells of tennis fable, one of the most admired stops in the calendar.

It is a place, too, where fans and families, players and a huge army of volunteers can rub shoulders and get up close and personal—and the people of California seem to like nothing better.

Some players in particular respond to such friend banter. Novak Djokovic is a showman, and world dominance for more than a year has done little to dampen the natural extrovert. First he played to the crowd during a long practice session, then he did so again in the players’ enclosure. It could just have been a kick in the park: It was, in fact, the defending champion playing up to the crowd. 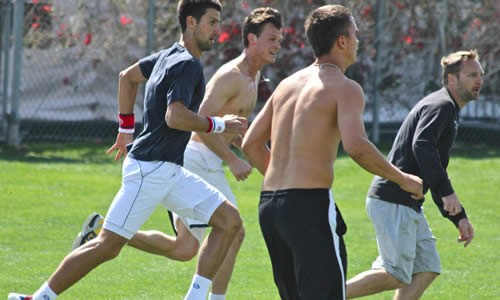 The other No1 in Indian Wells is also not shy in coming forward. You may not be able to see her but you can hear when she is practising from several courts away. In conversation, Victoria Azarenka is witty, sharp and forthright: “We are not all grumpy, we are really fun people!”

As far as competition for the title goes, one of the biggest threats to Azarenka will come from her doubles partner, Petra Kvitova, who finished 2011 not only as Wimbledon champion but also holding the Fed Cup and the WTA Championship. 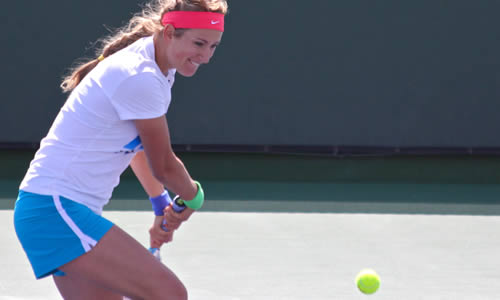 Kvitova practised to an audience of fewer than half a dozen, yet two things leapt off the court where she played. First, she surely boasts the longest legs in tennis, and second, she must have one of the most impressive forehands on the women’s tour. She was making some great serve-and-volley moves, too: a natural forward mover. As Azarenka said of her pairing with Kvitova—perhaps with her tongue firmly in her cheek: “I’m excited for the crowd: I think it’s a good combination.” 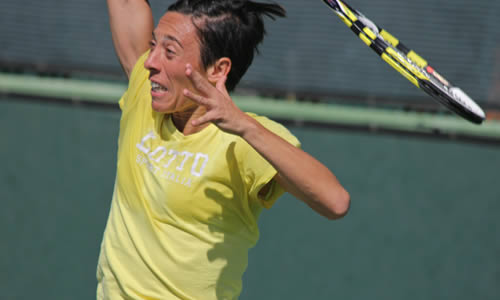 On an adjacent court, the vociferous, beaming pocket dynamo that is Francesca Schiavone was playing to rather more fans. She exudes passion, and the public responds, much as the fans respond to the sunny personality of reigning women’s champion, Caroline Wozniacki, who was also attracting admiring crowds.

No-one, though, can compete when the Rafa-and-Roger show comes to town. When both took up their contrasting stances against Simon, there was standing room only. Both men have around 10 million Facebook fans and a fair proportion of them seem to have descended on Indian Wells. 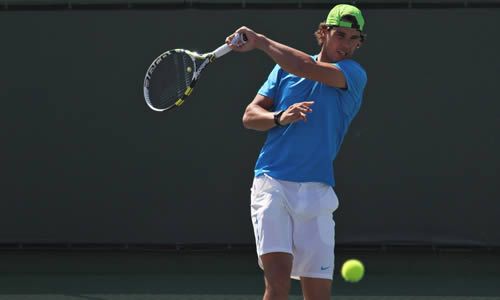 Their contrasting playing styles and practice styles are the stuff of legend. They don’t see eye-to-eye on a few tennis issues either—their comments on time-keeping in match-play are the latest example.

They also come to Indian Wells with very different preparation: Federer has played and won two 500 tournaments since the Australian Open—and a Davis Cup tie—whereas Nadal has been relaxing at home with friends, which explains why Federer has opted out of the doubles competition while Nadal is keen to get the extra court time.

Should they meet one another in the semi-finals for what would be a 28th encounter, however, it looks set to be a popular, if raucous, affair.