Indian Wells 2013: Maria Sharapova beats Francesca Schiavone in straight sets to book her place in the third round 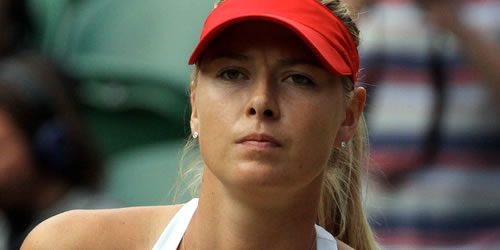 Maria Sharapova is through to round three at Indian Wells Photo: Marianne Bevis

Maria Sharapova insisted that the scoreline did not reflect the difficultly of her second-round victory over Francesca Schiavone at Indian Wells.

The Russian world No3 dropped only nine points on serve as she overcame her Italian opponent 6-2 6-1 to book her place in the third round in just 62 minutes.

But Sharapova said that the win was not as easy as it may appear on paper as she gears up for a third-round match-up against 25th seed Carla Suarez Navarro of Spain.

“She’s a tough first round, that’s for sure,” said Sharapova. “No matter where she is in the rankings, she has experience, has a Grand Slam behind her back. She likes those center court matches. She lives in those opportunities.

“Once I started being a little bit more aggressive, I felt like I had an edge on her. This is a long tournament. As a seeded player, you have six matches. The philosophy is you want to get your job done, and if it takes three hours, that’s what it takes.”

Elsewhere in the women’s draw, fifth seed Petra Kvitova dropped a set en route to a battling 6-4 3-6 6-3 victory over Olga Govortsova to set up a third-round clash with Ukrainian qualifier Lesia Tsurenko.

“I’m really happy to get this opening win at Indian Wells,” said Kvitova. “It was definitely a tough match, but to get through in three sets was a nice present for me given it’s my birthday today!”

And third seed Agnieszka Radwanska breezed into the third round with a 6-2 6-1 victory over American wild card Maria Sanchez. Sara Errani, Svetlana Kuznetsova, Marion Bartoli and Maria Kirilenko are among the other women through to the third round.