Indian Wells 2014: Djokovic outguns Federer in duel in the desert 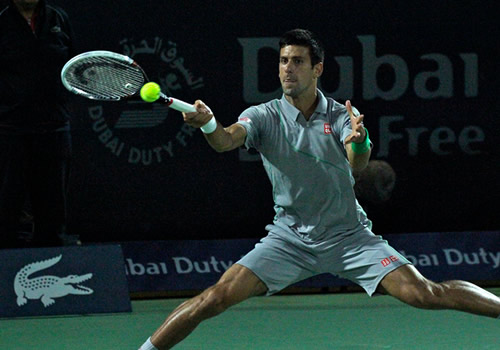 For an entire decade, the men’s tennis landscape has been dominated by a remarkable quartet of players.

Since 2004, only two men not named Roger Federer, Rafael Nadal, Novak Djokovic and Andy Murray have won a Grand Slam.

The same quartet tops the list for the most Masters titles among active players. Indeed between them, they have won 32 of the 34 Masters tournaments played in the last four years.

And focusing in on the first and biggest of all the Masters, which has now reached its climax in Indian Wells, only one man has managed to break the Federer, Nadal and Djokovic stranglehold on the trophy since Federer’s first win in 2004.

But while the list for most head-to-head matches may be topped by Nadal vs Djokovic, and the most enduring one—which began at the very start of this decade of dominance, in 2004—may be between Nadal and Federer, the third most prolific match-up among the quartet features Djokovic and Federer.

And as these two men prepared to take to court together for the 33rd time, there was another important angle to their particularly intense rivalry: They had met on hard courts more often than any other pair—25 times.

The last of those meetings was only two weeks ago, a victory for Federer in the Dubai semi-finals that took him just two wins ahead of Djokovic. That, like their previous two meetings, had gone to the full three sets—but then so had 12 of their 19 completed best-of-three matches, including their only previous meeting at Indian Wells. Djokovic defeated the Swiss three years ago in the semi-finals before going on to win his second crown.

In Dubai, Federer had stemmed a flow of three consecutive close losses to the Serb by playing hyper-aggressive tennis, taking the Serb’s serve early and racing to the net at every opportunity. In Indian Wells, though, the conditions are very different: slower court, thinner air, and already Federer had been playing with different tactics from those in Dubai.

But then both men can play with measured aggression and both can defuse an opponent’s attack with smart defence and all-court variety. Both are also capable of some probing, accurate serving—a feature that has returned to Federer’s game after a wayward few months last year.

Indeed the stats for both men during the tournament only served to reinforce their across-the-board quality: On Federer’s side, 35 aces, 66 percent of first serves in play, 78 percent of them won, and 92 percent of service games won; On Djokovic’s side, the equivalent numbers were 28, 69, 79 and 91.

But whatever the tactics, whoever took control, one thing was certain: It would be another intense, intelligent and tight contest between two men eager to take the other’s scalp in this prestigious tournament.

And the rising crescendo of roars from the crowd as they stepped to their respective baselines to begin this duel in the sun showed that every one of them knew how important the win was for both.

Unlike in Dubai, where Federer began hesitantly to lose the first set, here he went on the offensive right at the start. He capped a strong opening hold with a charge on the Djokovic serve. The Serb started slowly, twice double faulting and struggling to respond to a couple of Federer net attacks. He survived three deuces but could not survive the first break point, and Federer led 2-0.

That would be enough to serve out the first set, 6-3, with very little trouble, plenty of attacking plays and some high-quality serving. Federer had made 12 winners to Djokovic’s five, but the Serb was already beginning to find some rhythm.

The second set saw a strange reversal of fortunes: While Djokovic’s serving improved substantially to 70 percent, Federer’s fell away to barely 50, and that was an open invitation for Djokovic to build more rallies and take control from the baseline.

With his serve dipping, Federer could not attack the net so readily: Indeed he would play only two points at the net in the entire set. He felt the pressure from the start, defending two deuces on his first service game and another in his third.

Meanwhile, Djokovic was holding comfortably and his body language looked ever more confident. His signature metronomic baseline game, played to both back corners, drew a growing tally of errors from Federer. Then, with the advantage of serving with new balls, the Swiss played a poor game riddled with errors to concede the break, and Djokovic served out the set, 6-3.

This time Djokovic had 11 winners to Federer’s lowly five, and the Swiss woes continued in the third set. From 40-15 up, he went on to face four deuces, and a netted forehand brought up break point. He eventually held, but in the third game, it was more of the same: a shanked backhand, a double fault, a remarkable cross-winner from Djokovic, and Federer was facing break point. He saved one with an ace but Djokovic was pouncing on second serves and inevitably got the break he sought.

Still, inexplicably, Federer stayed back, exchanging long rallies—many focused at his backhand—that he rarely won. But he changed tactics as he served at 1-3 to play his most attacking—and successful—service game since the opening of the first set. He serve-and-volleyed in the next, too, but eventually Djokovic stepped up to serve for the match.

Perhaps it was nerves, but the Serb missed a couple of first serves, and Federer went on the attack to make a succession of winners for a love break. The timing could not have been more dramatic and the arena went into uproar.

With the match at two hours old, it stood at 5-5. Two quick and easy holds, and it headed to the ultimate shoot-out: a tie-break. But from the moment Federer missed his opening first serve to let Djokovic into the rally, the momentum was set.

The Serb took that opening point, and then a 3-0 lead courtesy of a rash net-rush by Federer. A forehand error from the Swiss brought up match point and Djokovic was clinical in serving out the win, 7-3.

So once again, these two men packed their contest to bursting, all two and a quarter hours of it, and were eventually separated by only one point, Djokovic with 99 to Federer’s 98. But in one final twist of the knife, the extra point in the final set was Federer’s: 43 to Djokovic’s 42.

No matter. This was a confidence-boosting win for the world No2 and perhaps the first important step in his campaign to reclaim the No1 ranking further down the line. It was also, at times, not just his best tennis of the tournament but perhaps his best of the year so far.

The tour moves on to the equally grueling Miami Masters, where both men have also been past champions. But their back-to-back duels in the desert will take some beating, whichever pair of rivals makes it all the way to the Florida finale.