Briton is now ninth in Race to Turin, but several men still in contention for last places 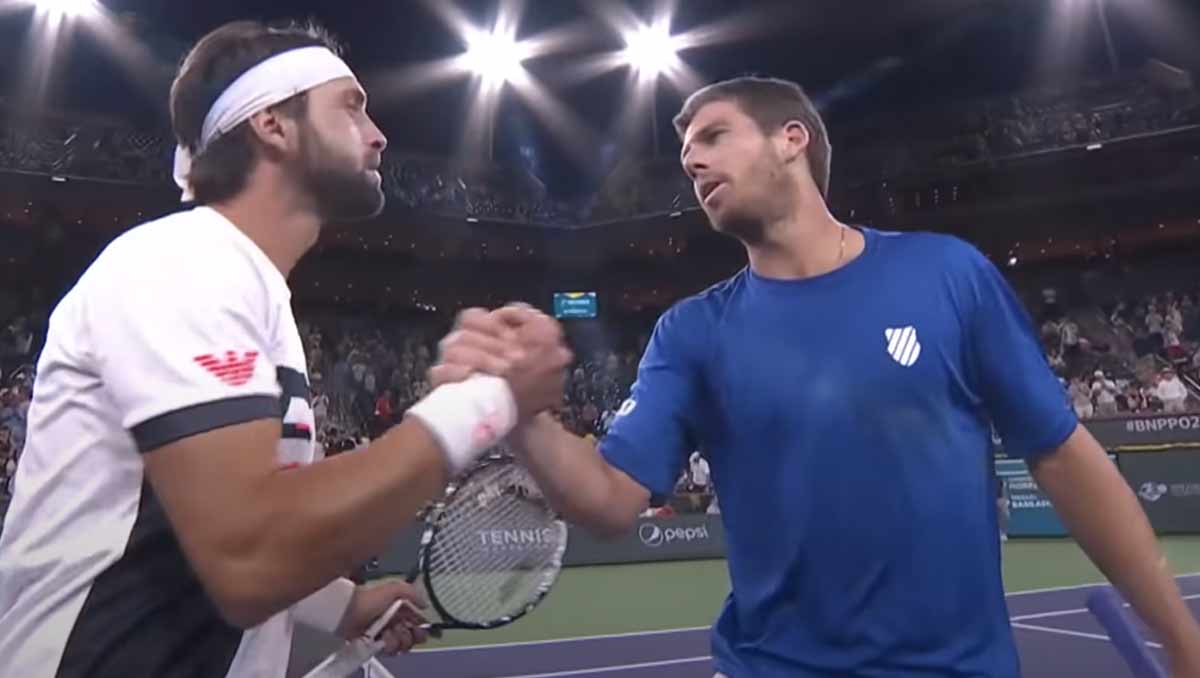 With no former men’s champions in the draw of this year’s Indian Wells Masters, everything pointed to one of a clutch of young players who had been making their mark with Masters titles of their own in the last two or so years.

Top seed Daniil Medvedev, No2 seed Stefanos Tsitsipas, No3 Alexander Zverev were all riding a great season: the first with both Masters and Major titles; the second with the most match-wins, a first Masters title and first Major final; the third with two Masters titles and Olympic gold.

They were not the only young talents jostling around the qualification zone for the ATP Finals: Hubert Hurkacz won Miami, one of three titles this year; Andrey Rublev had made the finals of two Masters; Matteo Berrettini reached the finals of Madrid and Wimbledon.

In the event, a number of the young stars who had won tournaments in the month or so before Indian Wells, the likes of Jannik Sinner and Casper Ruud, joined several big names on the plane home well before the quarter-finals.

And by the semis, all four men were ranked outside the top 25—a first in the 280 Masters tournaments held since the start of the series in 1990.

All four players were into the Indian Wells semi-final for the first time, and three of them had never made a Masters semi anywhere before.

Among them was Briton Cameron Norrie, at No26 the highest ranked of the four. He was enjoying a breakthrough year in which he won his first title in Los Cabos and reached the finals of four more tournaments. By this Sunday, he was into yet another final—and the biggest of his career.

Could he become the first Briton to win the ‘fifth Grand Slam’? To do so, he would have to beat No36 Nikoloz Basilashvili, a man of great but unpredictable talent. The big Georgian had started 2021 on a high to win the Doha title via a win over Roger Federer. He went on to win the Munich title in April, but in truth, his other results had been nothing to write home about.

But in Indian Wells, a tournament where he had not won a main-draw match before, things set alight: wins over No24 seed Karen Khachanov, and notably No2 seed Stefanos Tsitsipas, impressed.

Norrie, though, had scored an easy win over Basilashvili in Rotterdam, their only previous meeting. So despite having a last-minute panic over three pairs of missing shoes, Norrie was arguably the favourite.

Perhaps it was having to break in a brand-new pair of trainers that made the difference in the first set. Norrie did get the first break, but then the Georgian began to crank up his big shot-making to level and then overtake Norrie with a run of five games, for the set, 6-3.

Three times in the tournament, Norrie had been taken to three sets, but he had not lost the opener in any of them. But he was not deterred, even after conceding a break right at the start of the second set. Basilashvili made a couple of errors, and that was all Norrie needed to work his angles, corners and changes of direction, and break back.

He held to love to reach 5-4, and then broke again for the set, 6-4, and immediately took the lead in the third set with a break in the second game. The Georgian dug in to work several break-back points, but Norrie’s speed in defence served him well, as it had done all tournament. He held, and it proved decisive: Basilashvili won only one more game, as Norrie served out the victory, 6-1, after an hour and three-quarters.

This superlative result is the second big title by a British player in little more than a month, after Emma Raducanu sailed through qualifying and on to victory at the US Open. And his reaction was not dissimilar:

“I can’t really believe it. If you’d have told me I’d have won before the tournament started, I wouldn’t have believed you, so it’s amazing.”

It was a theme he carried into his press conference: “What an incredible week I’ve had here… I still don’t really know what I’m experiencing. It was an amazing couple of weeks and I’m so happy with how I treated all the occasions, all the big moments, all the matches. Yeah, I’m so happy, so pleased to win my biggest title.”

He also commented on the nature of the Georgian’s tennis, and what it took to contain the storm:

“He was just blasting winners, so when I made a couple of those big shots at that 5-4 game in the second set, it gave me a lot of confidence… I was able to find my feet and start moving again. I made the rallies physical like I’d been doing all tournament, and it worked in my favour.”

Of course, there is more to this win for Norrie than the prestige of one of tennis’s biggest titles. He had already become the new British No1 player, and broken the top 20 for the first time. There it was in black and white on the official rankings: up 11 places to No15.

But switch to the Race rankings, and he has overtaken some of those young guns who exited in the earlier rounds: past Sinner, past Felix Auger-Aliassime, and into 10th place—in effect, No9 with Rafael Nadal out of contention for Turin.

However, with the Paris Masters still to come, with several competitors also playing a 250 this week (Norrie has pulled out of Antwerp), the Vienna 500 next week, and possibly the last-gasp chance for qualification in the Stockholm 250 immediately before Turin, a lot can still change. But the equable Norrie is not going to be distracted by that:

“I think even being in the conversation this late in the year… that’s impressive for me. If you would have told me before the year that would be the case, I would have been happy. I think that’s a lot of good progression.”