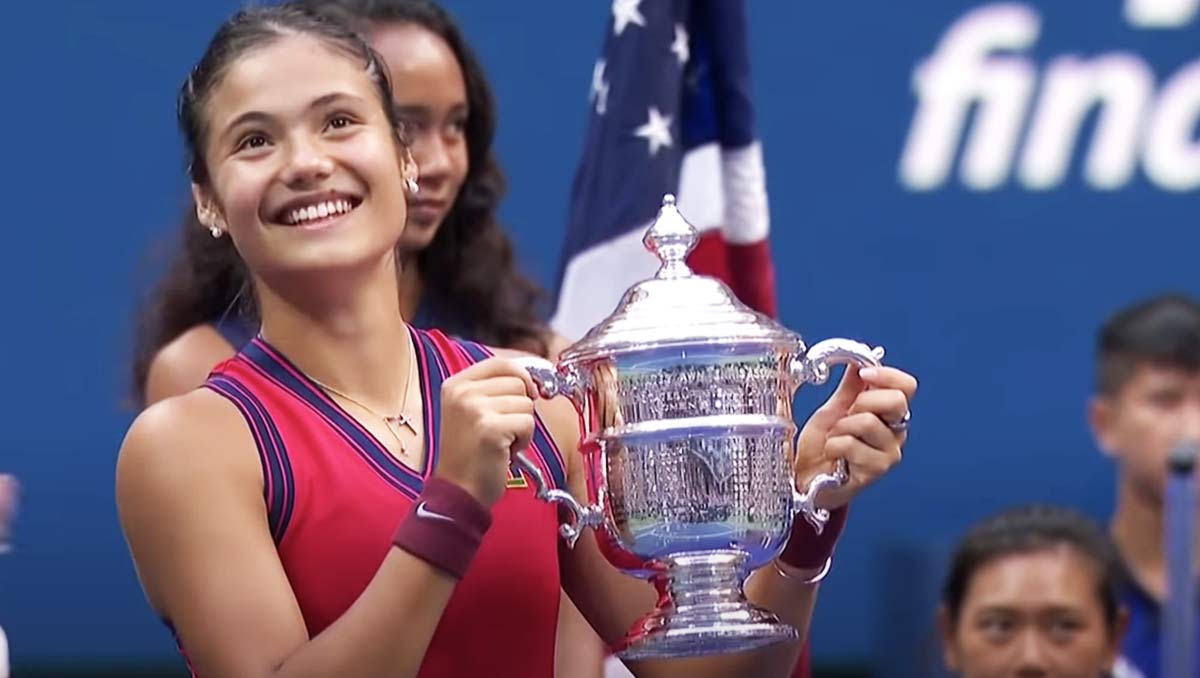 It is two and a half years since one of the tour’s most iconic tournaments, the BNP Paribas Open at the Indian Wells Tennis Garden, last opened its gates to the cream of tennis.

Perhaps the most prestigious 1,000 event in the calendar for both men and women was the first to feel the effects of the global coronavirus pandemic: It pulled the plug in March 2020. A year on, the virus remained so rampant that the tournament was forced to postpone from spring to autumn.

Now at last, the gates are open again, though still only to those who have been vaccinated. And already, the projected top women’s seed, Aryna Sabalenka, has been forced to withdraw and isolate following a positive Covid test.

However, world No2 Sabalenka is far from being the only big name missing from the women’s start list. No1 Ash Barty, No8 Sofia Kenin, No12 Naomi Osaka, No41 Serena Williams—all Major champions, all absent this year.

Yet there is a catalogue of new Major champions who will be looking for their first title in the desert. Since the last Indian Wells, there have been six new names on the Grand Slam honours board, so while Barty and Kenin may be absent, Iga Swiatek, Barbora Krejcikova and Emma Raducanu will all be debuting at the tournament, joined by defending champion Bianca Andreescu, who went on to win her first Major at the US Open in 2019.

The Canadian is not the only former champion in contention, despite the absence of Osaka and Williams. Victoria Azarenka and Simona Halep are joined by wild card Kim Clijsters, playing the event for the first time in a decade. She is not only the lowest ranked former winner of the title—No133 in 2005—but would become the oldest champion this year. But the popular 38-year-old has played only one event this year, losing her opener at last week’s Chicago Fall tournament.

Raducanu debuts in the spotlight

Her surge to the US Open title as a qualifier, at the age of 18, having already made the fourth round at Wimbledon—only her second main-tour event, and ranked 338—has well and truly thrown the charming British teenager into the spotlight for her first-ever trip to Indian Wells.

She is playing with a wild card, though is in fact seeded at No17 to play her first match since New York against the 100-ranked Aliasksander Sasnovich. Then the seeds—and there are 32 of them with Round 1 byes—kick in, and with a vengeance for Raducanu. First Halep, then either Petra Kvitova or Azarenka, so the possibility of back-to-back former champions. Her quarter is topped by No4 seed Elina Svitolina, and come the semis, the top seeds are Olympic champion Belinda Bencic and Swiatek.

Yet in the full glare of her [Zoom] press conference, she showed all the calm maturity of her US Open appearance, despite subsequently acquiring sponsors such as Tiffany, and rubbing shoulders with the superstars at the Met Gala and the premiere of the new James Bond movie. All her answers were again brief and to the point, such as one about meeting up with fellow players at Indian Wells:

“I haven’t really spent too much time hanging around. I’ve just been training and going about my business, and then leaving.”

She was keen to emphasise that while it was ‘very cool’ to get the invitations she has enjoyed since her US victory, her abiding memory remains the aftermath at her New York hotel with team and a nice dinner. She went on:

Remarkably, Raducanu currently sits at 15 in the WTA Race to Guadalajara, and even a final finish in Indian Wells could put her into contention for a place among ‘the eight’. But how she copes with the first tournament in which she is one of women to beat will be one of the intriguing storylines in California.

World No3 Karolina Pliskova is top seed having qualified for the WTA Finals this week, and could be in contention for year-end No1 if she wins the Indian Wells title. No5 Krejcikova could also be in the year-end race for the top if she reaches the final next week. Otherwise Barty will head to 2022 as No1 for close to 100 weeks.

Not a single former champion will be among the 96 men in this year’s draw, including defending champion Dominic Thiem. But the bulk of those absences are down to one extraordinary fact—13 of the last 16 titles have been won by three men: Roger Federer, Rafael Nadal, and current No1 Novak Djokovic. All have withdrawn to recover from surgery or, in Djokovic’s case, an outstanding but exhausting season comprising three Major titles and a runner-up finish at the US Open.

Also absent are other potential seeds Ugo Humbert, Milos Raonic, and David Goffin. However, it has been a phalanx of younger men who have taken many of the recent Masters prizes. Since Thiem broke through in Indian Wells in 2019, nine have been won by men not named Djokovic, Nadal and Federer.

This year alone, there have been debut showings from Hubert Hurkacz and Stefanos Tsitsipas, while Alexander Zverev took his tally to five Masters and Daniil Medvedev to four. Stir into the equation that world No2 Medvedev is also the new US Open champion, that Tsitsipas, Zverev and Matteo Berrettini are also Major finalists, that all of them are 25 and under, and there is no longer any guarantee that the ‘big three’ would come out on top in Indian Wells.

What is more, four of the next five men are even younger, with Casper Ruud, age 22, ranked 10, picking up his fifth title last week. Andrey Rublev, age 23, won five titles last year, made two Masters finals this season, won Rotterdam and, with Medvedev, the ATP Cup. He is at a career-high No5.

All at once, then, the post-lockdown era seems to have thrown the men’s field wide open. 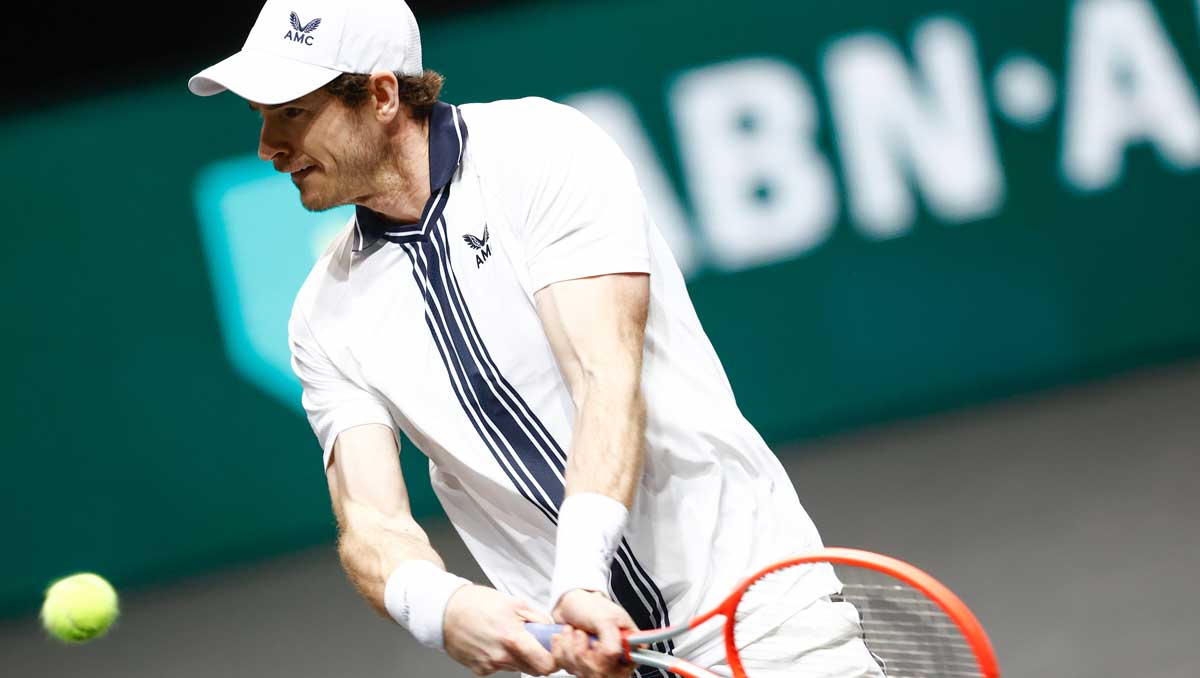 Norrie, Evans and Murray in the mix

The last time Indian Wells took place, Cameron Norrie and Daniel Evans lost in the first round, the former to Felix Auger-Alisassime, the latter to Stan Wawrinka.

This time, both enjoy a bye to Round 2 as seeds, though Evans may curse his luck if he again picks up an unseeded former top-four player in the shape of Kei Nishikori for his opener.

Norrie won his first title from five finals this year, and although he has yet to win a match in Indian Wells, his recent wins over Rublev, Denis Shapovalov and Aslan Karatsev suggest he is ready to go deeper this year. He opens against Thiago Monteiro or Tennys Sandgren and his first seed is Roberto Bautista Agut. Beyond that could be Rublev—with Ruud the biggest seed in his quarter.

However, Evans is in this same quarter, albeit with a tougher route to a possible meeting with his compatriot. His first seed could be Diego Schwartzman, then Ruud,

But he too has won his first title and reached his first Masters semi this year, beating Djokovic in Monte-Carlo.

Then there is Andy Murray, whose repeated hip surgery has played havoc with his physical wherewithal and ranking but not with his will to win. A wild card this year sees him play only his sixth Masters draw since the summer of 2017, when he was No1. He has won just four Masters matches in that span.

This season, though, he is nine wins for nine losses, but five-set battles at both Wimbledon and the US Open show he is not that far off the pace. His draw might have been kinder, with the unconventional leftie Adrian Mannarino in Round 1, and the impressive teenager Carlos Alcaraz as his first seed—and with the in-form Zverev in Round 3.

But he remains optimistic, and told the ATP:

“The positive is that I haven’t been losing to guys I should be winning against and in the matches I have lost I don’t feel that I have been outclassed or that it wasn’t possible I could win against those players in the future.”