Nadal’s win over teenager is his 20th of year; now faces home-town Fritz, who beat Rublev 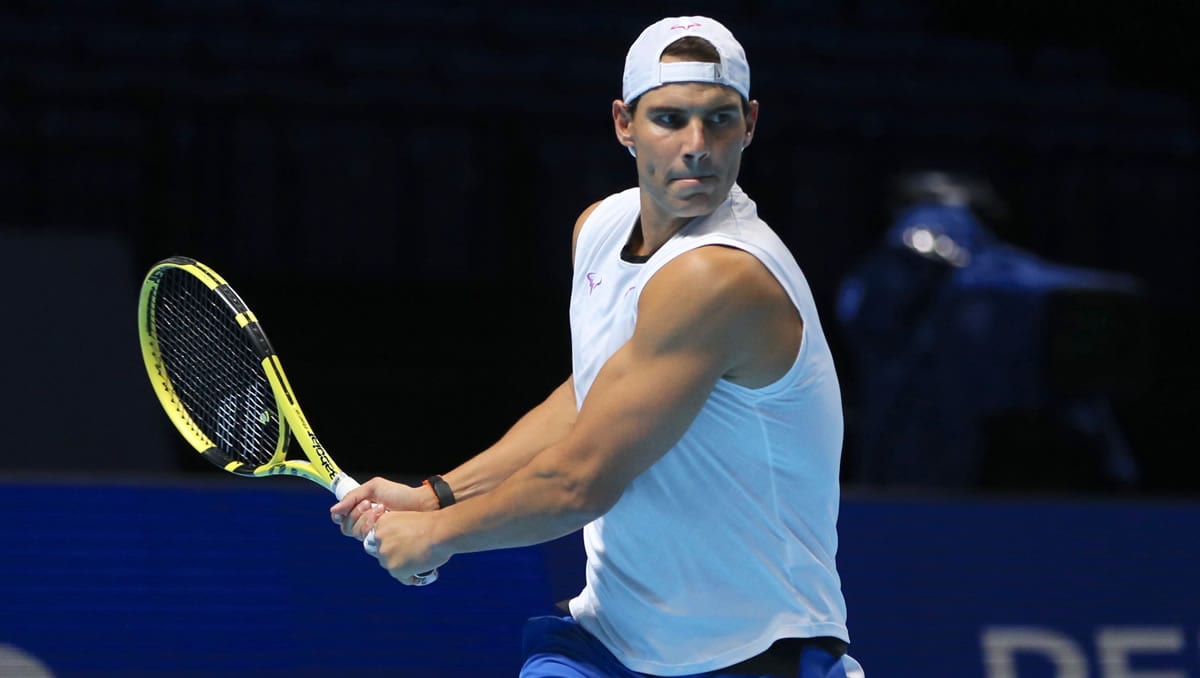 Their age gap is one of the biggest in recent ATP history: 17 years. But would the 35-year-old Rafael Nadal, three times a former champion at Indian Wells, master his teenage compatriot Carlos Alcaraz, age just 18 and already tipped to take over Nadal’s mantle as the best Spanish player in men’s tennis?

Looking at Nadal’s astonishing come-back from a season that as good as ended after the Roland Garros semis last year—he won just one match in Washington before drawing a line—it is a formidable task for teenager ranked just 132 this time last year.

Nadal moved to a 19-0 streak for the year with his battling three-set win over Nick Kyrgios in the quarters, and already had three titles, including the Australian Open.

With his win over Dan Evans in the third round, he notched up his 400th Masters match-win to extend the record he already held. Should he win his fourth BNP Paribas Open come Sunday, he would pass Roger Federer as the oldest men’s champion in the tournament’s history.

And he would also draw level with current record-holder Novak Djokovic with 37 Masters titles—having risen above both Federer and Djokovic in Major titles with his 21st in Melbourne.

But of his semi-final opponent, who he beat in their only previous match in Madrid last year, with Alcaraz celebrating his 18th birthday, Nadal said:

“I think he will be unstoppable in terms of his career. He has all the ingredients. He has the passion. He’s humble enough to work hard. He’s a good guy. He reminds me a lot of myself when I was 17 or 18-years-old…”

And there is no higher praise than that. And it is easy to see why the athletic, fast, multi-faceted tennis of the high-octane Alcaraz has drawn such comparisons from more than Nadal himself. A first title in Umag last year, a first Major quarter-final at the US Open six months ago—the youngest quarter-finalist in the Open Era—and wins over three top-10 players in the latter stages of 2021, including Matteo Berrettini and Stefanos Tsitsipas. And this year, he won the Rio 500 to take his ranking inside the top 20.

And if more proof was needed, Nadal need only look at the Indian Wells draw: Alcaraz beat No15 seed Roberto Bautista Agut, No28 seed Gael Monfils, and defending champion and No12 seed Cam Norrie.

Indeed, the young man who regards Nadal as his idol was 12-1 for the season and projected to rise inside the top 15 for the first time, win or lose.

Before the battle of the generations got under way, however, the other semi presented two players who were born within eight days of each other, and had each been junior No1s.

Andrey Rublev and Taylor Fritz, seeded No7 and No20 respectively, had split their four previous meetings, including two hard-court matches last year in Dubai—to Rublev—and the Paris Masters—to Fritz.

Rublev had risen the ranks faster and higher, owned 10 titles to Fritz’s one, had particularly excelled at the 500 level, and had four Major quarters and two Masters finals to his name. He was now on a 13-match winning streak, targeting this third straight final, following victories in Marseille and Dubai.

He had yet to drop a set, too, though he had looked weary in the latter stages of his quarter-final: hardly surprising given his workload since Rotterdam—including a doubles title in Marseille.

However, it was Fritz, a semi-finalist in Indian Wells last October, who got off to a strong start with a break in the second game, and two easy holds: 3-0. And it took Rublev almost 11 minutes to hold off more break points in a marathon sixth game, 4-2. The Russian had a glimmer of a chance in the next game, but Fritz’s serve rose to the challenge, and Rublev beat his legs with his racket strings in fury.

The Russian held more easily this time, but it still left Fritz the chance to serve out the set. However, Rublev pulled off a couple of blistering returns to break at the opportune moment.

Now he needed to try and dig out another marathon hold to get it to a tie-break, having already played twice as many points on serve Fritz. They played seven deuces, and finally Fritz converted his third set point, 7-5, after a full hour in heavy, hot conditions.

Rublev could not contain his frustration, smashed his hand with his strings, and left the court with a bleeding hand.

The second set was a calmer, more straightforward affair, not a break point until the eight game, and fended off by Rublev, 4-4. It was then Fritz who had to dig deep to save break point, but having done so, and coping with a right ankle twinge, the American produced a couple of outstanding rallies, and broke for set and match, 6-4.

In the Spanish battle, it was Alcaraz who got off to a blistering start, converting a break point with a stunning backhand cross-court winner to break. He then had to attack and defend at speed to survive a 12-minute hold in a game comprising five break points and seven deuces. At one point, Nadal’s effort was so great he landed flat on the court—a rare sight indeed—but he still trailed 0-2.

The bubble soon burst: Nadal got on the board, broke, and broke again. The Alcaraz first serve was missing far too often, and Nadal stepped right in to take the second, making first-strike winners, 4-2. Yet the youngster did turn the tables, breaking in the seventh game and, despite his first serve still missing too much, managed to survive four break point to level at 4-4.

But he could not resist when serving to save the set. He saved four set points but not the fifth, with errors flying at the wrong time and his first serve still at around 50 percent. Nadal took the set, 6-4 after more than 70 minutes.

The wind was up, conditions growing more tricky, but it did not affect Nadal’s opening serve: a love hold to open the second set. From there, though, the wind was a problem: two exchanges of breaks, and desperately slow between points.

It took a 20-minute game to break through the deadlock, a winning lob to convert a seventh break point and take the lead. Alcaraz would serve for the set—if he could control things in the wind. He did, holding for 6-4, after another marathon set.

With the wind relenting just a little in the decider, the teenager’s service games settled too, with just one point dropped in his first three. In contrast, this time, it was Nadal struggling the greater, and he fought off repeated break points in the fifth game, then deuce in the seventh.

With the 4-3 advantage, Nadal called for the trainer for a shoulder/pectoral problem, and that seemed to re-set the balance between the two men. Nadal went after the Alcaraz serve, and broke with a signature forehand down the line and volley finish, 5-3.

The teenager had saved 15 of the 20 break points he faced through two sets, but had failed to save the only one he faced in the decider. Nadal grabbed his advantage with both hands, a love hold for the set, 6-3, and his 20th straight match-win of the season.

Indian Wells 2022: Swiatek surges past Sakkari to reach No2 in the world