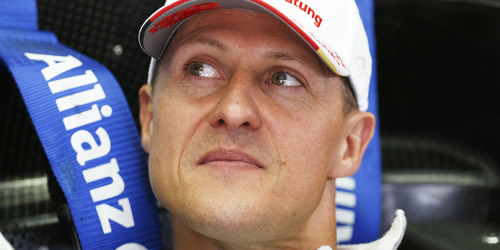 Mercedes’ Michael Schumacher was fastest in the first practice session at the historic Monza circuit ahead of Sunday’s Italian Grand Prix.

With speculation about the German’s future in Formula 1 continuing, the Mercedes driver responded in ideal fashion with a time of 1:25.422.

An enthusiastic crowd watched as drivers battled to tame the fastest track on the Formula 1 calendar, with many struggling to slow down for the chicanes at turns one and three.

Most notably, Kimi Raikkonen’s Lotus took to the air after hitting a curb at the Variante della Roggia chicane.

However, with an hour of the session remaining, the session burst into life, with the majority of cars taking to the Monza tarmac.

With many championship contenders trading fastest lap times, it was Schumacher who produced the quickest run with 48 minutes remaining.

The session ended in disappointment for championship leader Fernando Alonso as he stopped on the exit of turn one with a reported engine problem in the closing minutes of the session.

HRT’s development driver Ma Qing Hua made history by becoming the first Chinese driver to participate in part of a Formula 1 race weekend.