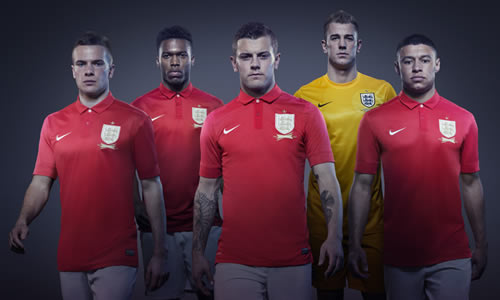 The new England away kit was unveiled on Sunday Photo: Nike

Arsenal duo Jack Wilshere and Alex Oxlade-Chamberlain are among the players to pose in England’s new red away kit, which was unveiled on Sunday.

The Three Lions will wear the kit for the first time in next Sunday’s friendly against Brazil.

Nike, which took over from Umbro as the national team’s kit supplier from this year, described the new shirt as “a modern classic”.

The shirt has a tailored collar, and the placket has two buttons – the bottom one is red, while the top one is white with red thread to replicate the St George’s cross. 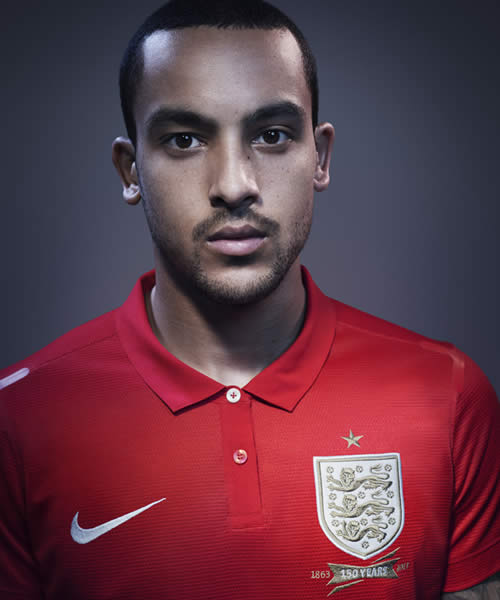 To celebrate the Football Association’s 150th anniversary, the three lions crest is rendered in gold on the away shirt.

The away shorts are white with another gold crest on the front, while the socks are red with a thin white band at the top.

Neymar on Barcelona transfer: I’m joining the best club in the world