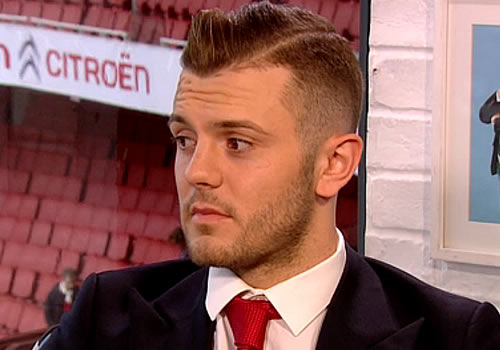 Jack Wilshere is closing in on a comeback from injury Photo: BT Sport

Jack Wilshere has revealed that the team spirit at Arsenal is the best it has been during his time at the north London club.

The Gunners are currently preparing for their Champions League last-16 showdown with Barcelona at Emirates Stadium on Tuesday night as they try to progress to the quarter-finals of the competition for the first time in five years.

Wilshere is currently out injured but is closing in on a return to action after missing the whole of the season so far due to an ankle problem.

The England midfielder has had to watch from the sidelines all season as Arsene Wenger’s men mount a genuine title challenge, with the north London side currently two points behind top spot heading into the final 12 games of the campaign.

And Wilshere believes that the unity between the players at Arsenal is stronger than it has ever been.

Speaking on BT Sport on Saturday morning, Wilshere said: “It [the team spirit] is the best it’s been probably since I’ve been here.

“But now there seems to be quite a good unit where we all get on. We go our regularly for meals. It’s nice.”