Jadon Sancho vs Phil Foden Stats – What Do The Numbers Say?

What do the numbers say about Man United's Jadon Sancho and Man City's Phil Foden? We examine the stats to find out 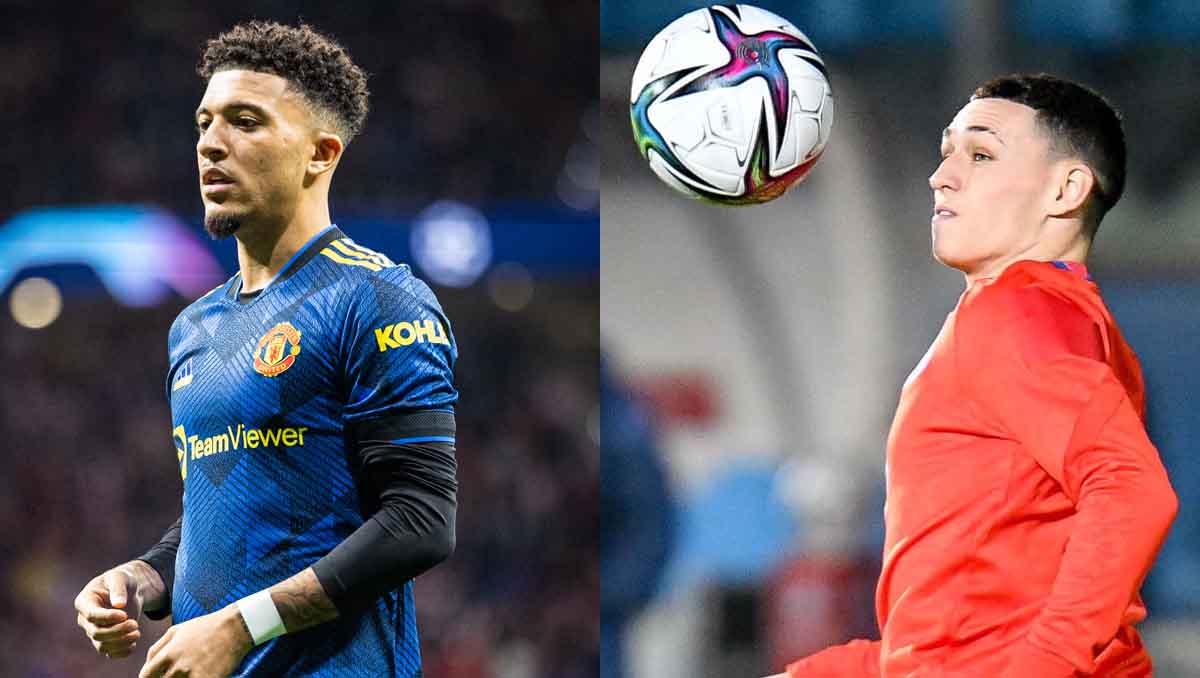 Born just a few weeks apart, Jadon Sancho and Phil Foden are among the brightest young English players in the world at the moment – but how do they compare?

Although they are team-mates with England, Sancho and Foden are fierce opponents at club level, with Sancho lining up for Manchester United and Foden playing for their bitter local rivals Manchester City.

In this article, we’re going to take a detailed look at how both Sancho and Foden have been performing in recent seasons to see what the numbers say about their form.

The duo are highly-rated in world football, and their form is sure to be a subject of interest in the coming years at both club and international level.

So whether you’re looking for some fantasy football tips or are simply wanting to find out a bit more about each player, you’ve landed on the right page.

Jadon Sancho came through the Watford academy system before joining Manchester City’s youth set-up. He then moved on to Borussia Dortmund and impressed during his time in Germany, earning a regular spot in the club’s first team.

He returned to England in the summer of 2021, with Sancho signing for Manchester United on a five-year contract with the option for a further year in a deal widely reported to be worth in the region of £73m.

Sancho is a regular England international and made his senior debut for the Three Lions back in 2018.

Phil Foden is a product of the Manchester City youth system and he has never played for another club. He made his first-team debut for the Citizens back in November 2017.

His breakthrough season at The Etihad came in the 2018-19 campaign and he has been a regular in the first team at City since then.

Let’s now take a look at how both Sancho and Foden have fared in the league in recent seasons for their clubs.

At the time of writing, Sancho has only played one full season in the Premier League in the 2021-22 campaign following his switch to Old Trafford.

During the 2021-22 season, Sancho started 20 of Manchester United’s 38 Premier League games, making a further nine appearances from the bench in the top flight. He scored three goals and made three assists in the league in his first season at United.

Prior to his move to Manchester United, Sancho’s most impressive season at Borussia Dortmund in the league came in the 2019-20 campaign. That season, he earned plenty of new admirers by scoring 17 goals and making 16 assists in 32 Bundesliga games for Dortmund.

During his final season at Dortmund, in 2020-21, Sancho scored eight goals and made 11 assists in 26 Bundesliga games. 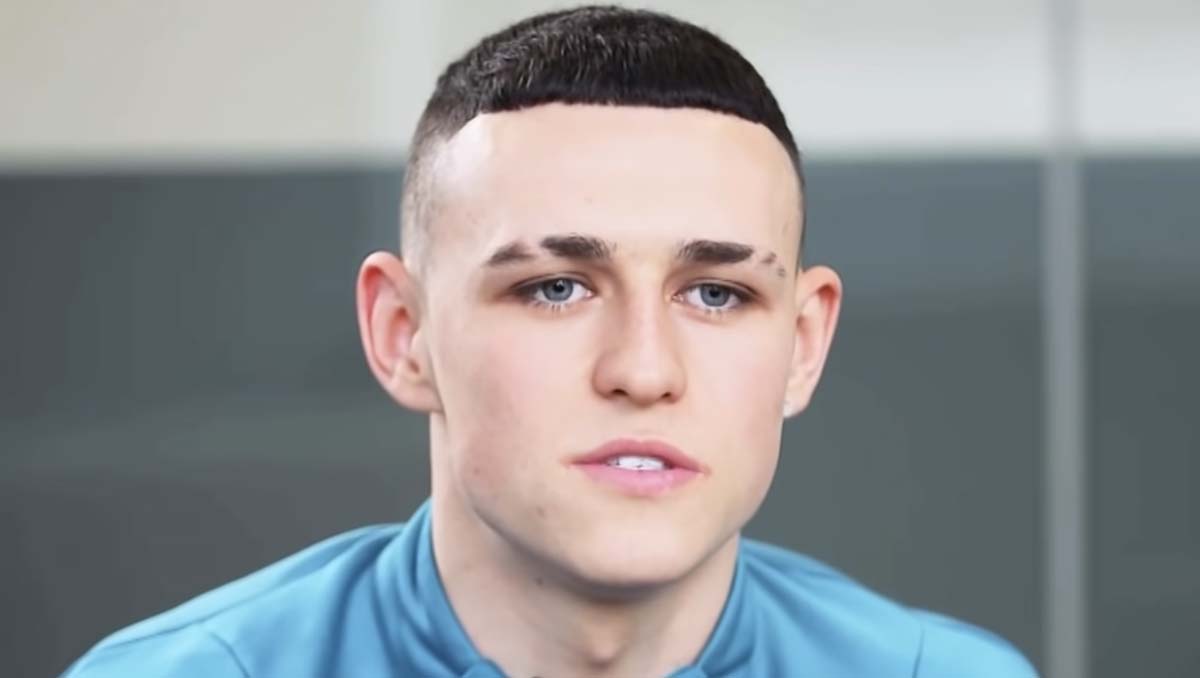 Foden has far more Premier League experience under his belt with Manchester City, having featured prominently over the four seasons up until 2021-22.

In the 2021-22 season, Foden started 24 of Manchester City’s 38 Premier League games, making a further four appearances from the bench. He scored nine goals and made five assists in the top flight to help Manchester City win the title.

That tally equalled his best return in a Premier League season for the Citizens, with Foden having also scored nine goals and made five assists in the 2020-21 campaign. That season, however, he started fewer games (17 starts and 11 substitute appearances).

Foden’s initial breakthrough in the first team at Manchester City really came in the 2019-20 season, when he made a total of 23 appearances in the top flight, scoring five goals and making two assists.

So, it’s clear that Foden has far more Premier League experience under his belt and also boasts the more impressive numbers at the time of writing. That being said, Sancho leads the way in terms of total league goals and assists in a single campaign thanks to his sparkling showing in 2019-20.

Let’s now take a look at how the pair have performed in the Champions League over the last few seasons.

Before that, Sancho scored two goals and made two assists in eight Champions League games for Dortmund in the 2019-20 campaign.

Foden scored three goals and made two assists in 11 Champions League games in the 2021-22 season as Manchester City reached the semi-finals.

Foden’s best return in a single Champions League campaign came in the 2020-21 season, when he scored three goals and made three assists in 13 games as City lost in the final to Chelsea FC.

Foden has slightly more Champions League experience under his belt and had the slightly better numbers in Europe’s elite club competition at the time of writing. 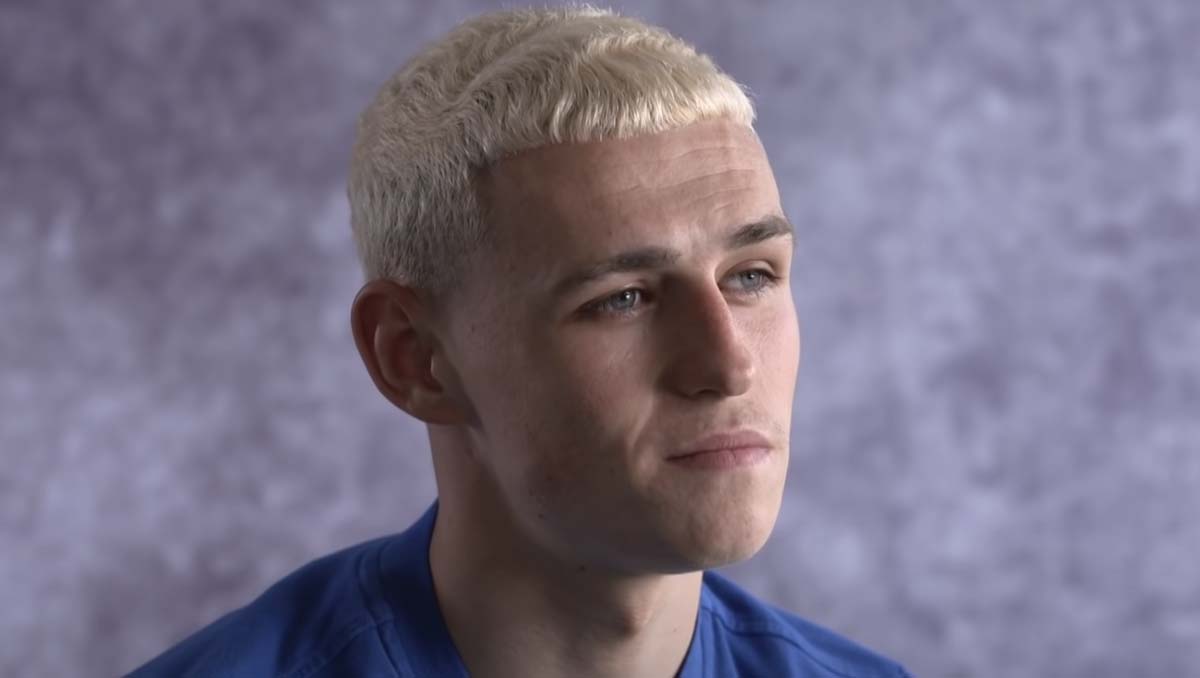 Sancho vs Foden – Head To Head In Front Of Goal

Let’s now examine how Sancho and Foden have performed overall in front of goal over the last few years by comparing their numbers.

The numbers below show the total number of club goals scored and assists made per season in all competitions (assists numbers only include league and European games).

So, despite him enduring a disappointing debut campaign with Manchester United in 2021-22, Sancho still leads the way in terms of total goals and assists over the last few seasons. Foden, however, has shown signs of improvement lately and reached double figures in terms of goals in both 2020-21 and 2021-22.

What About For England?

Sancho made his senior debut for England in October 2018. At the time of writing, he had scored three goals in 23 games for the Three Lions.

Foden earned his first senior England cap in September 2020. He had scored two goals in 16 games for his country at the time of writing.

How Old Are Sancho And Foden?

The pair were born just a few weeks apart, with Sancho being slightly older than Foden. 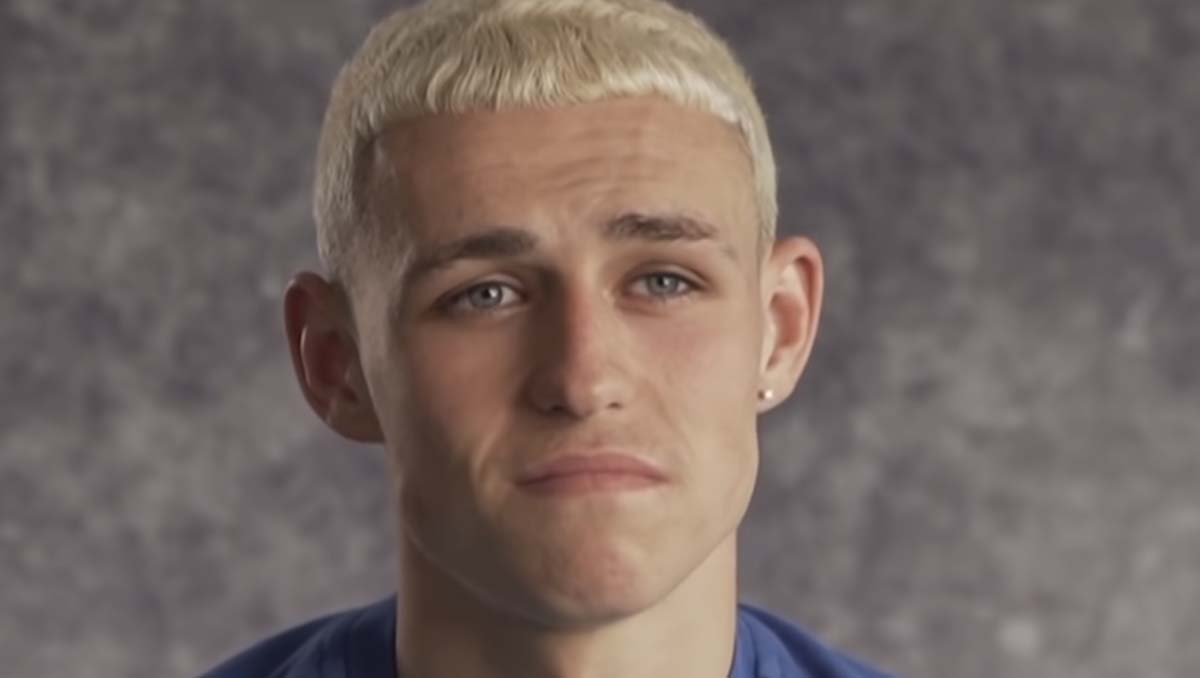 How Tall Are Sancho And Foden?

Sancho is the slightly taller of the two players, standing at 180cm or 5ft 11ins. Foden, meanwhile, is slightly shorter at 171cm or 5ft 7in tall.

Sancho vs Foden – In Conclusion

So, that brings us to the conclusion of our comparison of Jadon Sancho and Phil Foden.

The pair have plenty of similarities and are of a similar age, but Foden has considerably more experience in the Premier League than Sancho at the time of writing.

Foden is also the more successful player in terms of major trophies won, with four Premier League titles among his accolades at Manchester City.

That said, Sancho has enjoyed the best return in terms of goals and assists in the league in a single season of the pair, when he hit 17 goals and made 16 assists in 2019-20.

Martin Odegaard vs Mason Mount Stats – What Do The Numbers Say?