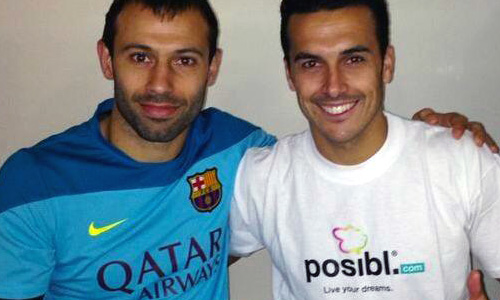 Jamie Redknapp has heaped praise on Javier Mascherano and admits he cannot understand why Barcelona play him as a defender.

The Argentina international was deployed in midfield at the World Cup and impressed despite his side being beaten 1-0 by Germany in Sunday’s final.

When Mascherano is in midfield he is a different animal

And Redknapp feels that Mascherano, who joined Barcelona from Liverpool back in 2010, has proved himself as a more-than-capable defensive midfielder in Brazil.

“Javier Mascherano has proven at this World Cup that he is a midfielder and not a defender,” Redknapp wrote in a column for the Daily Mail. “Why on earth do Barcelona play him as a centre back?

“He is not tall enough for the position and it does not suit him. But when Mascherano is in midfield he is a different animal.

“As soon as the team loses the ball he slips into the defence, he can sense danger and he can deal with it.

“In the semi-final he made the tackle of the tournament against Arjen Robben, who looked set to score the goal which would have knocked Argentina out, and he was a nuisance for Germany again.”