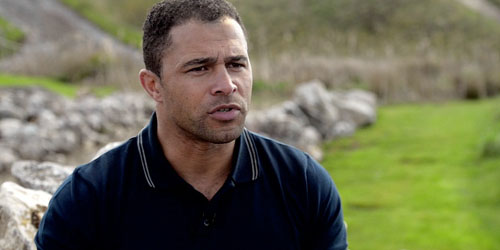 Burgess, who is the latest recruit from Rugby League, is set to make his Aviva Premiership bow in October after agreeing to join Bath from South Sydney Rabbitohs in Australia’s NRL.

For him to come is great for rugby union – I have never seen anyone hit quite as far as him!

There is already plenty of speculation, as usual, with regards to where the former Bradford Bulls man will play for his new employers in the English top-flight.

Another Englishman to make the jump from the 13-man code to the 15-a-side game is Robinson – the fact that he is a legend in both rugby formats shows that he was one of those that made a success of the switch.

After joining Union, he went on to represent the British & Irish Lions and score a try for England as they won the World Cup in 2003. He also became the first person to win both the Premiership and Super League trophies.

And Robinson is excited by the prospect of Burgess playing for Bath: “I’m looking forward to it. For me he is one of the best players in the world.

“He has made a great reputation for being a big hitter. For him to come is great for rugby union – I have never seen anyone hit quite as far as him!”

But what about Sam playing in the World Cup for England in 2015?

Robinson continued: “Lots of people say he has only 12 months to prove himself. Well I came into Rugby Union in November (2000), in February I was playing for England and then in June I was playing for the Lions, so it can be done!”

Jason Robinson was speaking on behalf of Land Rover, who are partner to Hitz, a Premiership Rugby programme which tackles some of the greatest challenges facing young people today. www.jaguarlandrover.com/hitz