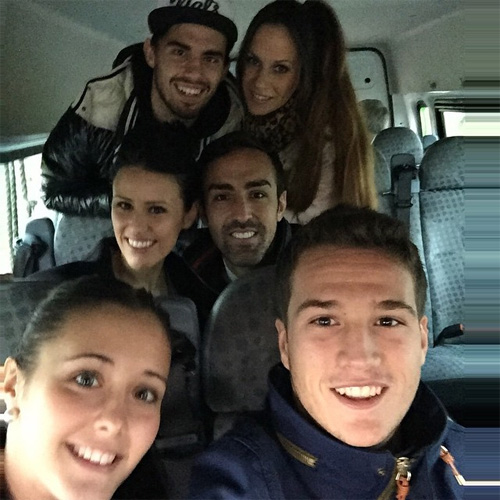 Javi Manquillo has revealed that Jose Enrique and Suso are acting as his tour guides around Liverpool.

The Spain Under-21 international completed a two-year loan move to Liverpool from Atletico Madrid in the summer transfer window.

Manquillo has been a regular in the Liverpool side following his switch, making 10 appearances in all competitions.

While the full-back revealed the role of Steven Gerrard and Brendan Rodgers, Manquillo lifted the lid on his budding friendship with Enrique and Suso.

“Gerrard’s a legend here, and as each day passes by, you realise why,” Manquillo told Diario AS.

“He helps a lot and is a great person. People have enormous respect for him.

“I’m adapting. It’s one of the hardest things to do, but I have help. Jose Enrique and Suso are some of my guides here. The Spanish players get together often and we spend our afternoons together.

“Brendan Rodgers speaks Spanish and that has helped me and Alberto Moreno to understand what he wants us to do.”