Joe Allen: It’s getting harder and harder to break into Liverpool side 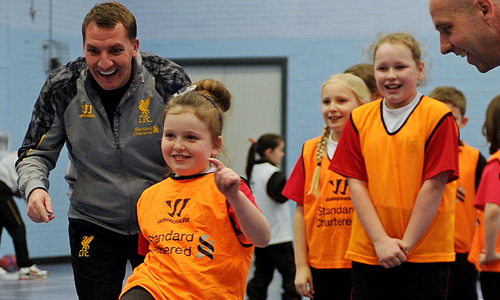 Joe Allen has admitted that it is getting “harder and harder” to break into the Liverpool first-team.

The 23-year-old midfielder came off the bench to help the Reds edge to a 4-3 victory over Swansea City in the Premier League on Sunday.

That’s something that’s been great this season, the competition for places

Allen has found his first-team opportunities limited in an injury-hit campaign, but the Wales international still feels competition for places is a good thing.

“It does get harder and harder to get into the team,” he said. “But that can only be a good thing.

“That’s something that’s been great this season, the competition for places.”

Jordan Henderson, who scored the winner against the Swans at the weekend, revealed that he has been told to relax more after doing extra training to improve certain aspects of his game.

“Sometimes I need people to tell me to rest,” Henderson told Liverpool’s website.

“After training, I like to do a little bit extra. A few of us do a bit of shooting or whatever it might be, but sometimes you need to give your legs a rest and prepare for the game in the best way that you can.

“We have the right people at the club to tell you when you can and when you can’t do the extra bit.”