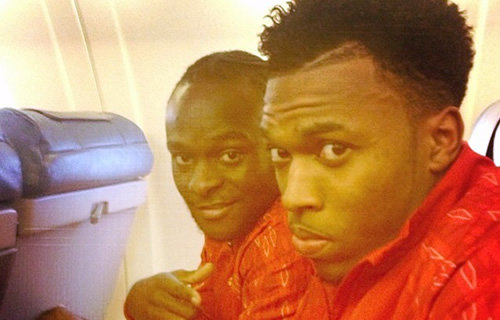 Jordan Henderson has hailed Daniel Sturridge as a “brilliant” Liverpool signing as the Reds striker bids to score in his nine successive Premier League game.

The 24-year-old England international has scored an incredible 28 goals in 32 top-flight appearances following a £12m move from Chelsea in January 2012.

And Henderson underlined Sturridge’s importance to the Reds as Brendan Rodgers’s side bid to finish in the top four and secure a return to the Champions League.

“He has been brilliant since he came to the club, he has scored some really important goals and is improving all the time,” Henderson told Liverpool’s website.

“He’s got a great attitude and wants to score as many goals as he can for the team. He has been doing that, so hopefully he can continue to do that. He has been a great addition.”

“Stevie has been brilliant, as he is all the time. He has changed his position now and again, playing a bit deeper at times, but he has been fantastic,” Henderson added.

“His passing is outstanding and that’s really helped us in games.”