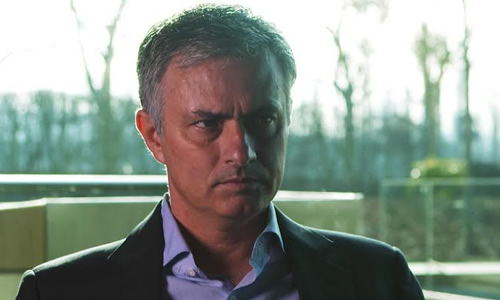 Jose Mourinho says that he can see himself staying in charge of Chelsea for the next decade – as long as he remains happy at Stamford Bridge.

The Portuguese coach returned to take over at the west London club in the summer of 2013 after his first spell in charge between 2004 and 2007.

Mourinho’s men finished third in the Premier League last season as they ended the campaign without a trophy.

However, the Blues look to be well on course to winning their first top-flight title since 2010, with Mourinho’s men currently seven points clear of defending champions Manchester City at the top of the table.

If somebody tells me I’m going to make 10 years at Chelsea, I would say yes

And the 53-year-old has once again underlined his desire to stay at Chelsea for as long as possible.

Asked if he would like to remain in the Stamford Bridge hot-seat for the next 10 years, Mourinho told BT Sport: “I would, for me the most important thing is to be happy.

“I’m very, very happy. If somebody tells me I’m going to make 10 years at Chelsea, I would say yes.”

“This season our first objective, is again, to finish top four or three, because three goes direct to Champions League. This is the first objective, but when you are doing as well as we are doing, in this moment we think that we can win the title.”

Chelsea host Everton at Stamford Bridge in the Premier League on Wednesday night.

Jose Mourinho was speaking exclusively to BT Sport ahead of Chelsea’s game against Everton, which is live on the channel.