After almost a year out of action, Juan Martin del Potro is preparing for his return to action 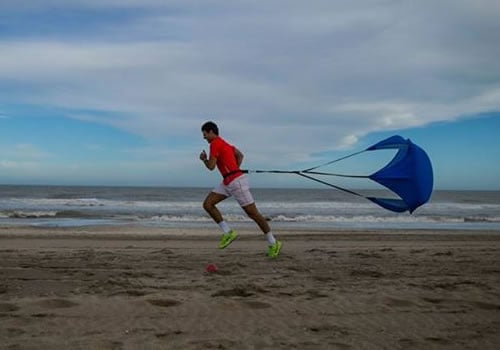 Juan Martin del Potro has been training ahead of his comeback Photo: Facebook

The big man from Argentina, Juan Martin del Potro, had a pretty good year in 2013. Having spent almost two unbroken years in the top 10 of men’s tennis, he started and finished last season with a flourish to end the year at No5.

His 2013 season began with the Rotterdam title, Dubai semis and Indian Wells final. On grass, he played one of the matches of the year against Novak Djokovic in the semis of Wimbledon, went on to win on Washington’s hard courts and get to the semis in Cincinnati. Come the Asian swing, it was the Tokyo title followed by the Shanghai final. The indoor courts proved to be just as fruitful, with the Basel title and the quarters of the Paris Masters. His year concluded with three three-setters at the World Tour Finals, just failing to reach the semis.

But there were soon to be eerie echoes of the aftermath of his breakthrough 2009 season come the start of the New Year. It began well enough with the Sydney title, but Del Potro struggled through two five-setters at the Australian Open, and would play only four more matches, in Rotterdam and Dubai, before being forced to retire with a left wrist injury. He would undergo surgery soon after.

Back in 2009, Del Potro won his first Grand Slam at the US Open and closed the year with a final run at the ATP World Tour Finals to reach a career-high No5. He started 2010 with a run of four tough matches at the Australian Open but would not play another match until Bangkok after succumbing to right wrist surgery.

This year, Del Potro also hoped to return to the tour in the Asian swing, but perhaps with memories of his unsuccessful return in 2010—he would play and lose only two matches before drawing a line under the season—he opted instead to postpone his return.

The Argentine posted a message on Facebook in the autumn to explain his intentions: “I would like to take this opportunity to tell you, my fans, that although the recovery of the wrist is progressing very well, I need a little more time to reach the competitive level necessary to compete week after week.

“I worked hard to be ready to make my comeback in Asia—where I had great results last year—but unfortunately it will not be possible. I will keep working hard on my recovery to play the European season at the end of the year.”

In the event, he did not return to defend his Basel title, deciding to focus instead on returning to full fitness.

He explained in October: “Despite good progress through training and physiotherapy, I have decided not to play in the season-ending tournaments in Europe. I’m going to use the time to get ready to make a difference next season. I’m not 100 percent ready yet and need to be patient.”

But rather than returning to defend his Sydney title, Del Potro has opted to go straight in at the deep end with the Brisbane tournament that has drawn a stellar field of players determined to acclimatise to the time-zones and climate of Australia ahead of the first Grand Slam of the year.

It means that Del Potro, though with a protected ranking, will make his debut in Brisbane alongside Roger Federer, Kei Nishikori, Milos Raonic, Marin Cilic and Grigor Dimitrov, as well as defending champion Lleyton Hewitt.

But since the start of November, Del Potro has been posting photos of his pre-season training on Twitter and Facebook. From running on the beach—trailing a mini-parachute—to weights, to mobility, and more running in the Tandil countryside, plus of course practice with a racket in his hand, he has looked happy and healthy.

It’s been another long road back from wrist surgery for the popular del Potro, very like the first road back through 2010, but judging from past experience, he will be competing at the top of the game before very long.

What will be particularly interesting to watch, though, is how he adapts to the newcomers who have broken into the top 10 since he last played: Raonic, Nishikori and Cilic have all taken big strides this year, with Dimitrov on their tails.

As the proverb says: We live in interesting times.