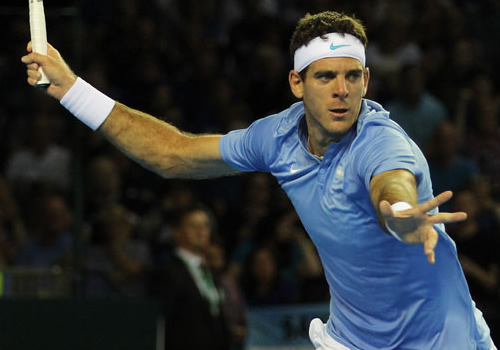 Whichever way you look at it, the final four at the 50th playing of the US Open presented a high-profile and high-quality line-up: Three former US champions and a former runner-up in Rafael Nadal, Novak Djokovic, Juan Martin del Potro, and Kei Nishikori.

The top half placed three-time and defending champion Nadal against the 2009 champion del Potro. That they had faced each other twice before, on this same stage and at the same stage, only added to the moment: the big Argentine beat Nadal on the way to his first and, thus far, only Major title in 2009; The Spaniard beat del Potro from a set down last year as he headed to his third US title.

Each had inflicted stinging defeats on the other across more than 10 years and 16 matches. Take del Potro’s victory over a Nadal determined to make it back from injury to play the Rio Olympics, but going down in a final-set tie-break in the semis. And take Nadal’s gruelling, and ultimately costly, victory over del Potro after 4hrs48mins in this year’s Wimbledon quarter-finals. The Spaniard’s valiant 5hrs15mins battle with Djokovic in the semis was a step too far, and the Serb went on to win the title.

So while Nadal had an 11-5 advantage overall, since that break-through 2009 season for del Potro, they had gone 7-5—and 3-5 in del Potro’s favour on hard courts.

And unlike their semi here last year, where del Potro took to court with an extraordinary five-set comeback against Dominic Thiem in his body, followed by a three-hour test against Roger Federer, this time it was Nadal who had been pushed to the limit by Thiem, to almost five hours and almost to 2am in the morning, finally winning in a final set tie-break. That was not all: Nadal had taken four sets and 4hrs23mins to get by Karen Khachanov, and another four sets in 3hrs19mins to beat Nikoloz Basilashvili in four.

Del Potro, meanwhile, had dropped only one set in the tournament. And he was, it should be added, in a different place from his 30-plus ranking this time last year. A first Masters title in Indian Wells, another title and two more finals, plus semis in Miami and Roland Garros, took him close to Nadal in match-wins this season, 42 as against 45, and a career-high ranking of No3 after Wimbledon.

After more injury and surgery absences than you can shake a stick at since, age 20, he won that New York title, the big man was looking as fit, powerful and determined as he ever had.

And the pleasure he felt at being back among the fellow ‘big men’ of the tour has shone through his press conferences:

“I think it doesn’t matter the final result in the tournament. I’m just enjoying playing tennis again. I’m enjoying a lot the crowds like this. I like to play big battles with other guys. That makes me feel alive again.”

Which took the story to the other half of the draw, to the Wimbledon champion, and the winner in New York in 2011 and 2015, Djokovic. But it was his failure to reach the final in 2014 that may stick in the Serb’s mind, for it marked his only meeting with Kei Nishikori in New York, and the only time since 2010 that he failed to make the final.

For Nishikori’s part, that blistering four-set win threw the Japanese man centre stage—he became and remains a superstar in his homeland. It threw him, too, into the top 10, where he stayed until persistent wrist injury took him off the tour for almost six months last summer.

Djokovic, too, missed the last six months of 2017 with elbow injury, and both men took time to rebuild their form, but arrived at this long-awaited rematch fit, confident, and with plenty of match-wins in the bag: 28-13 for Nishikori, and a dazzling 38-10 for Djokovic, whose run since making the final at Queen’s included the Wimbledon and Cincinnati titles.

But it would be Nadal and del Potro who took to court on a comfortable Friday afternoon and in front of a packed and very vocal crowd. These two players garner some of the most passionate support in tennis, and had the roof been closed, it may have been blown off by the noise.

The tennis matched the crowd’s intensity, too, and after an exchange of breaks, they settled into long rallies as each tried to take the initiative, each pounded their very different but impressive forehands.

In the seventh game, a pile-driver of a shot from del Potro hit 108mph, but Nadal returned it and drew the error to hold.

Then came the first warning sign: Nadal asked for strapping to his right knee, though a game later he ripped it off in frustration. The Argentine thumped another big forehand to draw a Nadal error and broke to serve for the set, 5-4.

Twice del Potro had set point, twice Nadal saved it with make-or-break returns, and on break-back point, it was his turn to pull off a devastating forehand: He levelled 5-5, and they headed to a tie-break, with Nadal showing off his overhead prowess with two huge smashes.

But the Argentine edged the lead at the start, and never lost it, serving out the set, 7-6(3), after over an hour.

Nadal had to save two break points in the second game, and then the signs got worse for the man whose career has been punctuated by knee problems, though it was a hip injury that blighted the spring of 2018 for the Spaniard. A medical time-out, and he had more strapping and physio on his knee, grimacing with discomfort.

He continued, but he struggled with his movement wide to the backhand wing. Del Potro broke to love, and then held for 4-1. The expression on Nadal’s face towards his box said it all: This is not going to work.

As is the Spaniard’s way, he fought to hold via break points and three deuces, and saved more break points in the eighth game, but eventually succumbed to the power and depth of the Argentine’s ball striking. Del Potro broke for the set, 6-2, and after a brief consultation with the physio, Nadal retired.

He cut a downcast figure in front of the media soon after:

“You could imagine is very difficult for me to say good-bye before the match finishes. But at some point, you have to take a decision. It was so difficult for me to keep playing at the same time that way, having too much pain… I hate to retire, but staying one more set out there playing like this would be too much for me.”

Certainly, no player likes to win in this way, but few would begrudge del Potro’s long-awaited return to the final of a Major after four wrist surgeries. And the quality of the man, even when not winning the biggest titles, jumps off the page: The 29-year-old has achieved 10 victories over the world No1s, the most by any player who has not held the top spot himself.

He is already No3 in the ranks, though he cannot quite overtake Federer into No2 this tournament. And this win takes him to No3 in the Race to London behind Nadal and Djokovic: the Argentine has not managed to qualify for the ATP Finals since 2013, but is within one match of doing so.

It would be a few hours more before his final opponent was determined—and a win for Djokovic over Nishikori would seal qualification for the Serb in London.