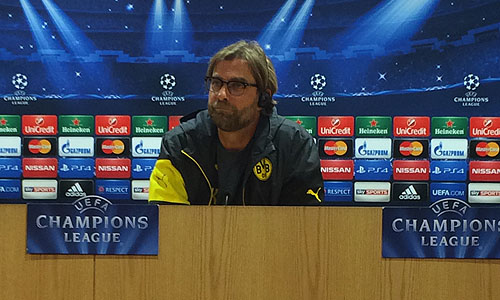 Jurgen Klopp has ruled out a move to the Premier League in the next couple of seasons despite being linked with Liverpool.

The Borussia Dortmund manager has been touted as a potential replacement for under-pressure Brendan Rodgers after Liverpool suffered their sixth Premier League defeat of the season at Crystal Palace at the weekend.

Klopp, who has four years remaining on his current Dortmund deal which he signed in October 2013, fanned speculation when he was quoted as saying England is the only country he would leave Germany to work in.

However, the ever-smiling Dortmund boss played down that recent interview, clearing up any uncertainty surrounding his commitment to his current employers, who are currently 18th in the Bundesliga.

“It was a long interview,” Klopp told his media conference ahead of Dortmund’s clash against Arsenal on Wednesday.

“I thought a ‘serious journalist’ asked me some questions about my future.” 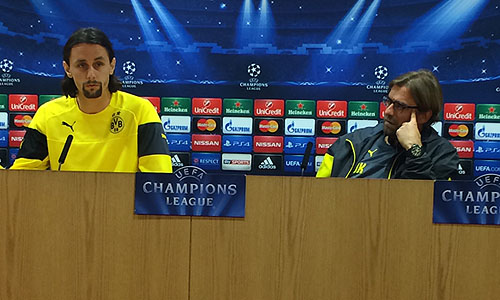 Klopp continued: “I don’t think about my long future. The only language I can speak is English. The funny part of the language I will learn very fast.

“Not now, not next year. I don’t know when. I don’t plan things like this. If someone calls me, then we can talk about. I didn’t say I’m [coming] here on Monday.”

On past approaches from Premier League clubs, Klopp, who was linked with the Manchester United position before David Moyes’s appointment in 2013, added: “Sometimes timing is very important in each part of life.”