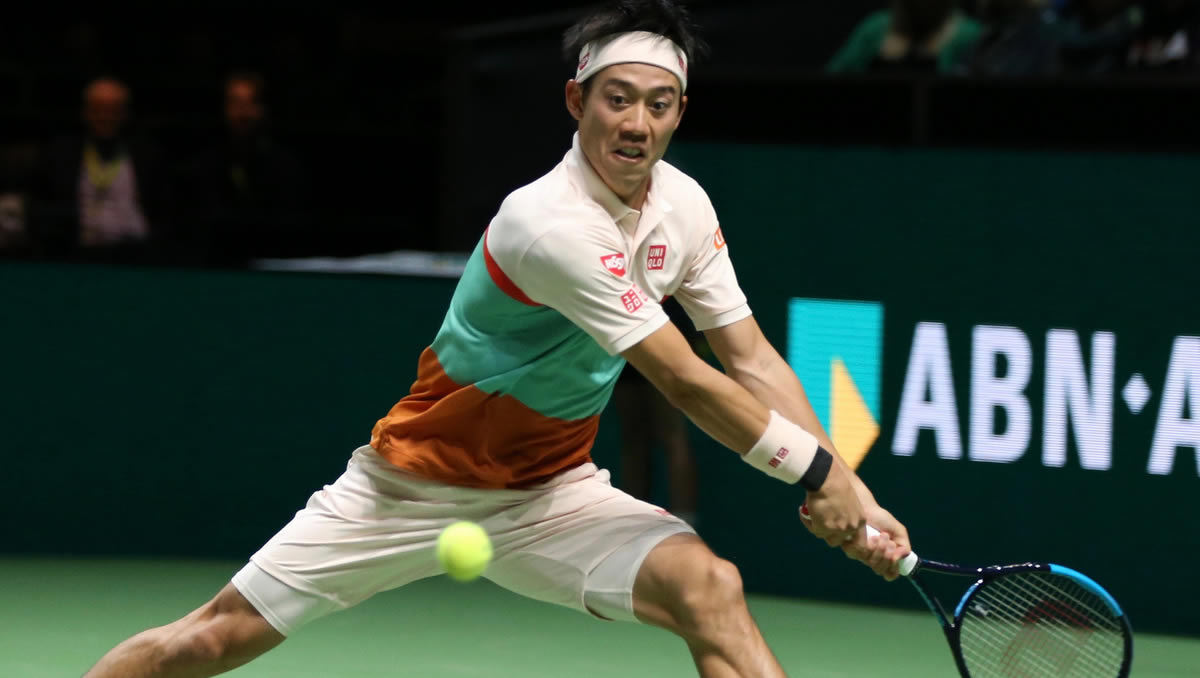 World No8 Kei Nishikori, who has not played since his third-round loss at the US Open in August, has undergone right elbow surgery at a hospital in Japan.

According to the Japan Times, Nishikori’s management company has affirmed that he will begin rehab this week, will return to training in early December, and is scheduled to return to action at the inaugural ATP Cup in January, where Japan will compete in Group B alongside Spain and Georgia.

Nishikori, who revealed he has had “swelling and fluid in the elbow” since the French Open, was forced to miss the Asian swing following his US Open exit, including his home tournament, the Rakuten Japan Open in Tokyo—where he was also scheduled to play an exhibition match with fellow Uniqlo-sponsored Roger Federer—and the Shanghai Masters.

He was then slated to play the European indoor swing that leads to the season’s finale, the ATP Finals at London’s O2, but in the end, he was in too much pain to return, and subsequently Tweeted his apologies to his team-mates for pulling out of the new-format Davis Cup Finals at the end of November:

“So sad to miss this! Will be supporting the guys! #GoJapan! And I will be there next year for sure!”

It is not the first time that the Japanese star has been halted by injury. He also had right elbow surgery in August 2009, missing more than 11 months and falling out of ATP rankings. And along the way, he has suffered numerous other absences due to hip, rib and leg problems.

In 2017, he ended his season after the Montreal Masters, also due to his right wrist, and missed the start of 2018, including the Australian Open, opting to make his return on the Challenger circuit. From a ranking of 36 last March, however, he was back in the top 10 by the time he won the Brisbane title at the start of this year, and went on to reach the Australian Open quarters.

Indeed this was proving to be a strong season for Nishikori, with quarter-final runs at all four Majors, and he was on course to qualify for his fifth ATP Finals until this latest setback.