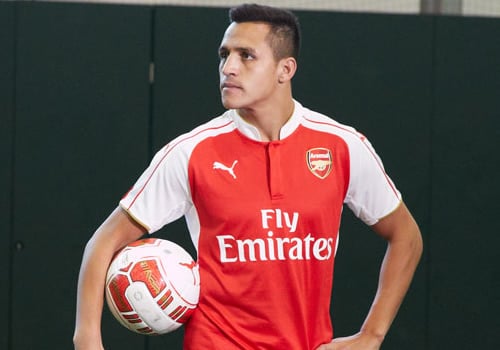 Alexis Sanchez has been injured since November Photo: Paddy Power

Arsene Wenger has revealed that he is hopeful Alexis Sanchez could make his return to the Arsenal squad for Sunday’s Premier League trip to Stoke City.

The Chile international has been out of action since late November due to a hamstring injury suffered during the 1-1 draw at Norwich City in the Premier League.

Sanchez was initially due to make his return to the Arsenal side at the turn of the year but has sat out the Gunners’ games against Newcastle, Sunderland and Liverpool.

However, speaking after Arsenal’s thrilling 3-3 draw with the Reds at Anfield on Wednesday night, Gunners boss Wenger confirmed that Sanchez is on course to make his return to action this weekend.

Asked about Sanchez, Wenger told his post-match news conference at Anfield: “I will be cautious [with Sanchez] now.

“There is an opportunity that he will be in the squad for Sunday.

“He will have a definite test on Saturday and Friday and Saturday will be two important days for him. It is not impossible that he will be involved.”

Sanchez had been a regular fixture in Arsenal’s first-team this season before his injury setback in November.

The talismanic 27-year-old forward has scored six goals and made one assist in 14 Premier League games for the north London outfit so far this term.