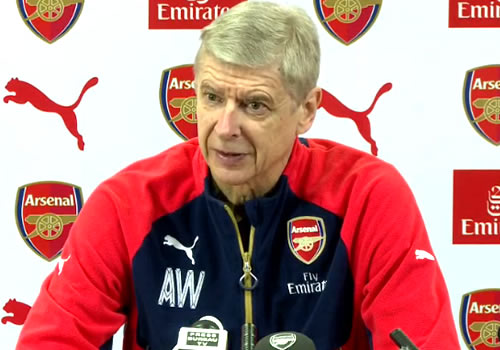 Arsene Wenger has revealed that Alexis Sanchez is unlikely to be fit for Arsenal’s Premier League clash with Newcastle United at Emirates Stadium on Saturday.

The Chile international has not featured for the north London club since suffering a hamstring injury during the 1-1 draw at Norwich City at the end of November.

Sanchez has been training with the Gunners in recent days as he bids to regain his fitness – but Wenger is not expecting the forward to be available for Saturday’s game against the Magpies.

Wenger also revealed that midfielder Mathieu Flamini has a chance of being fit for the weekend’s game after he sat out Monday’s 2-0 win over Bournemouth due to a minor injury.

“Mathieu Flamini has a chance but Alexis Sanchez is a bit short.”

Arsenal’s win over Bournemouth moved the north London side to the top of the Premier League table and level on points with second-placed Leicester City.