Arsene Wenger delivers the latest Arsenal injury update, including news on the likes of Francis Coquelin and Aaron Ramsey 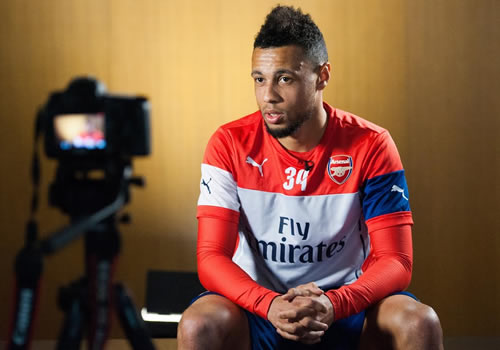 Francis Coquelin has been ruled out of action for at least two months due to the knee injury he picked up during Arsenal’s 2-1 loss to West Bromwich Albion on Saturday.

The French midfielder was substituted early on during the Premier League clash at The Hawthorns after picking up the problem during the opening exchanges against the Baggies.

Arsene Wenger confirmed that Coquelin would be missing for at least two months on Monday afternoon, news which will come as a significant blow to the Gunners as they prepare for the hectic festive fixture schedule.

The Gunners boss also revealed that Theo Walcott and Alex Oxlade-Chamberlain are set to miss Arsenal’s Champions League clash with Dinamo Zagreb on Tuesday but could be fit to face Norwich City next weekend.

Aaron Ramsey is back available after recovering from a hamstring strain.

Mikel Arteta, meanwhile, is sidelined with a calf injury picked up against the Baggies, Wenger confirmed as he delivered the latest Arsenal injury update.

Speaking at his pre-match news conference at Arsenal’s London Colney training ground on Monday afternoon, Wenger said: “We will be without Coquelin for certainly the next two months.

“We have players like [Mathieu] Flamini and Calum Chambers has been educated as a central midfielder so there are good opportunities for other players to show up and show they can do the job.

“We’ve been hit very hard in November because until the Sheffield Wednesday game in the League Cup we had a good record but since we have lost a few players.

“We have Ramsey [back] and maybe Oxlade-Chamberlain back for the weekend and Walcott will be the next one – all the other players are long-term injuries.”