The Arsenal star has been looking to learn from Juventus legend Dani Alves in his new wing-back role... 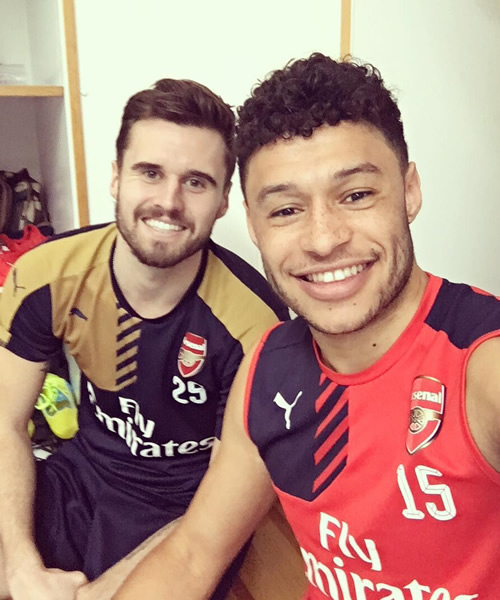 Alex Oxlade-Chamberlain has revealed that he is watching Dani Alves as the Arsenal star looks to improve in his new wing-back role.

The Arsenal midfielder has been utilised on the right side of Arsene Wenger’s 3-4-3 formation to help the Gunners win their final five games of the Premier League season.

Oxlade-Chamberlain has made five assists in his last seven games in all competitions to help Arsene Wenger’s side end the season on a positive note.

The England international has been linked with a move to Premier League rivals Liverpool ahead of the 2016 summer transfer window.

Speaking to Sky Sports about his new role in the Arsenal team, Oxlade-Chamberlain revealed that he has been watching one of the best right-backs in Europe.

Oxlade-Chamberlain said: “When I’ve watched Dani Alves recently, he might not play the five at the back, but the way he plays, he marches on and he adds a lot in an attacking sense as well as defensively.

“Players like that, you watch and you learn from them.”

The Brazilian has scored eight goals and has made eight assists in 32 appearances in all competitions this season.

Alves moved to Champions League finalists Juventus in the 2016 summer transfer window after Barcelona failed to offer the Brazilian a new contract.