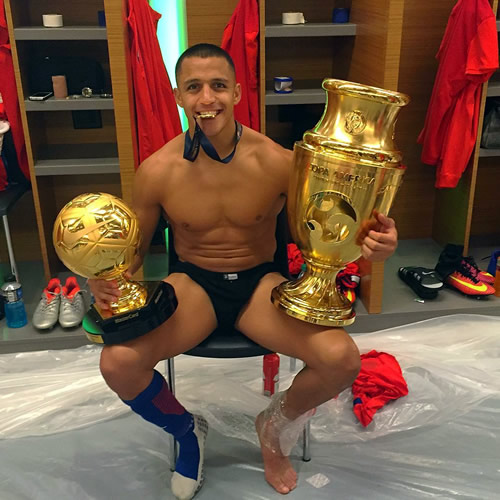 Chile may have inadvertently dropped a big clue to Alexis Sanchez’s plans this summer.

The Arsenal striker has been linked with a potential summer move after a disappointing season for the north London club.

Sanchez failed to agree a contract extension with Arsenal with less than 12 months remaining on his current deal.

The South American has been linked with a move to Premier League champions Chelsea ahead of the 2017 summer transfer window.

However, Chile appeared to drop a big hint about Sanchez’s transfer plans after la Roja listed their key man as a Bayern Munich player in their squad list for the Confederations Cup. 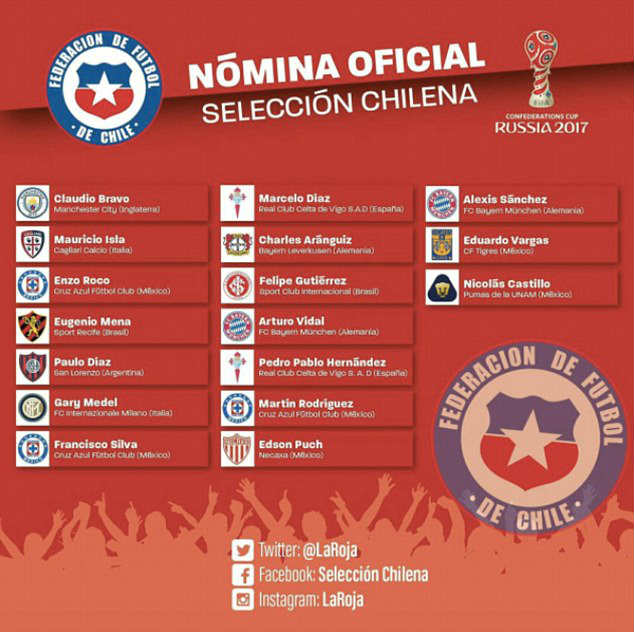 Chile were quick to amend the mistake but naturally speculation will be rife that Sanchez is set to join his compatriot Arturo Vidal at the Bundesliga champions.

Sanchez scored 24 times and made 10 assists in 37 appearances in the Premier League this season to finish as the third-highest goal-scorer behind Harry Kane and Romelu Lukaku.