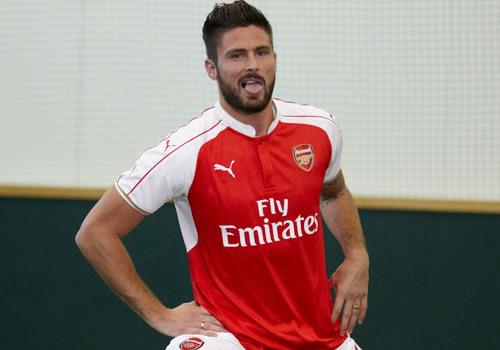 Olivier Giroud has committed his future to Arsenal by insisting that he wants to win the Premier League title with the Gunners.

The French striker came off the bench to set up Aaron Ramsey’s winner in the 2-1 victory over Chelsea in the FA Cup final last month.

Giroud found his first team opportunities at Arsenal limited this season and only made 11 Premier League starts for Arsene Wenger’s men.

However, the 30-year-old striker still managed a respectable return of 12 goals and three assists in the English top flight.

Giroud’s lack of playing time this season has led to suggestions he could be set to seek a move away from The Emirates in search of regular first-team football.

However, the forward has now committed his future to the north London side by insisting he wants to stay at the club.

Giroud told Telefoot, as quoted by the Daily Mail: “I am not insensitive to the approaches of the French clubs and especially that of Marseille. But my future is in the Premier League. I still have titles to win.

“After the FA Cup, we will go for the league title. That’s my goal.”

Arsenal missed out on a top four finish in the Premier League this season as they ended up fifth in the table.