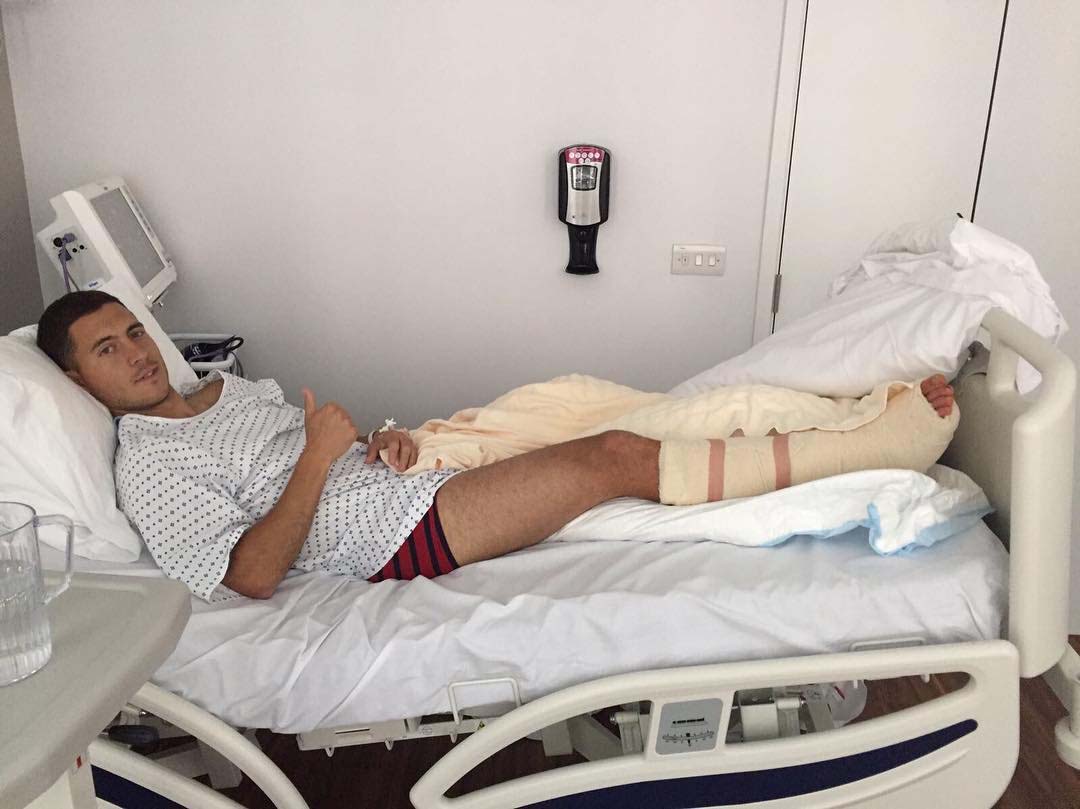 Romelu Lukaku says he hopes Eden Hazard will be back in action for club and country as quickly as possible after the Chelsea playmaker underwent surgery on a broken ankle on Monday.

The Chelsea playmaker is expected to be out of action for around three months after suffering the injury during training with Belgium on Sunday afternoon.

Lukaku knows Hazard well from the pair’s time together playing for the Belgian national team.

The Everton striker has been touted as a possible transfer target for Chelsea this summer as Antonio Conte looks to bolster his attacking options at Stamford Bridge.

And Lukaku has sent a message to Hazard after his recent operation was declared as a success.

Lukaku told Sky Sports: “I was next to him when he slipped.

“It was the last action of the game and we all thought it was just a twisted ankle.

“He stood up and he was really positive. Then we heard the scan results and we were really disappointed for him, because he’s a key player.

“He’s had a great season so it’s disappointing for a big player like him to get injured but he’s got a good mentality and he’s a good professional so I hope he comes back really quick.”

Hazard was one of Chelsea’s key players last season as he helped the Blues win the Premier League title by scoring 16 goals in 36 games in the top flight.

He was unable to prevent Chelsea from slipping to a disappointing 2-1 loss to Arsenal in the FA Cup final last month, however.