The latest Liverpool injury update on the likes of Daniel Sturridge, James Milner, and Jordan Henderson 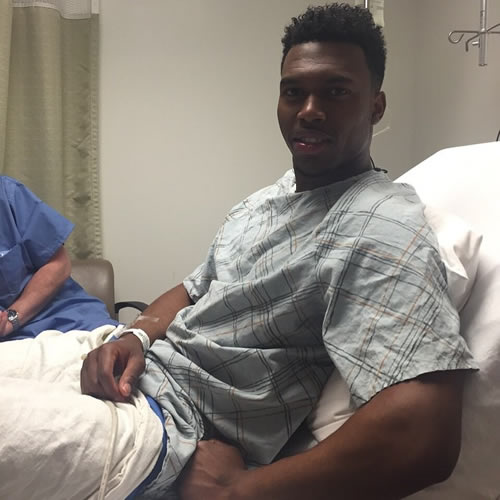 Daniel Sturridge could make his long-awaited return to the Liverpool side against Manchester City next weekend after the striker reportedly closes in on a return to first-team training with the Reds.

The England international has been struggling with a knee injury in recent weeks and has not featured for Jurgen Klopp’s men since the 1-1 draw with Everton back at the start of October.

However, the Daily Mirror reports that Sturridge is set to resume full training this week ahead of Saturday evening’s trip to Manchester City in the Premier League.

Meanwhile, midfielder James Milner recently revealed that he is also hopeful of being fit to face City following the England international’s lay-off with a hamstring injury.

It is not yet known how long Mamadou Sakho will be out of action after the defender suffered a knee injury during the 2-1 loss to Crystal Palace last weekend.

Christian Benteke has only recently returned from a hamstring injury, while Danny Ings and Joe Gomez have been ruled out for the rest of the season with knee ligament injuries.

Jordon Ibe was also substituted late on during the 2-1 loss to Palace after sustaining a knock to his knee, which is not thought to be too serious.