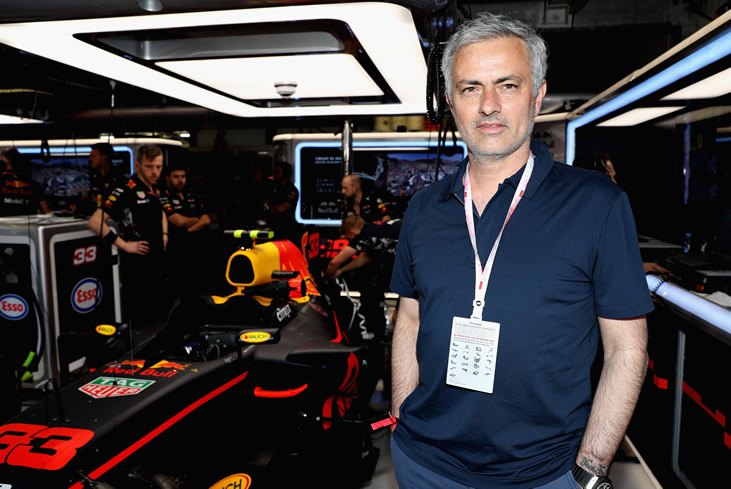 Jose Mourinho has insisted that he has “no idea” if Manchester United will sign Antoine Griezmann this summer.

The Red Devils have been relentlessly linked with a possible summer transfer move to bring the France star to Old Trafford as Mourinho looks to bolster his squad ahead of next season.

Mourinho is likely to be on the lookout for a host of new signings this summer as he prepares for his second campaign in charge at Old Trafford.

However, the Portuguese coach was giving nothing away when quizzed about a possible move for Griezmann this summer.

Speaking to Sky Sports News HQ while enjoying the Monaco Grand Prix, Mourinho said: “I have no idea if Antoine Griezmann will come to United. Ask Ed Woodward.”

Mourinho continued: “I don’t care about football for a month.

“I’m really happy with our season, the trophies, to be back in Champions League but now I have a rest, to disconnect completely and enjoy my family and friends and other sports I like.”

Manchester United will be hoping to use the lure of Champions League football to attract some of world football’s top players to Old Trafford this summer.

The Red Devils booked their place in the group stage of Europe’s elite club competition by beating Ajax in the Europa League final last week.