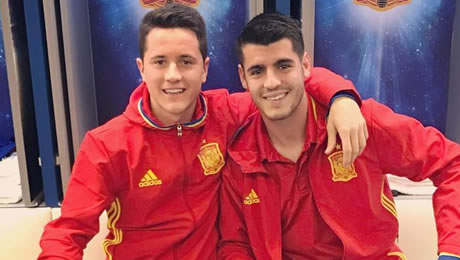 Guillem Balague has claimed that both Manchester United and Chelsea retain an interest in signing striker Alvaro Morata from Real Madrid this summer.

The Spanish striker’s situation at the Bernabeu has been a source of speculation in recent weeks due to his lack of playing time under Zinedine Zidane for los Blancos.

Morata struggled to hold down a regular spot in the first team for Madrid and only started 14 La Liga games for the Spanish side this season.

However, he still managed a respectable return of 15 goals and four assists in the top flight as he helped Real Madrid win the Spanish league title.

Manchester United have been linked with a move to sign Morata and Spanish football expert Balague has claimed that the Red Devils would be willing to sign the striker in a deal which would see David De Gea head to Real Madrid.

Balague tweeted after the Champions League final: “Morata said last night his dream is to stay at Madrid… but he’s looking for a way out. Nothing from Milan at this point, MUFC want him.

“Mourinho (strangely) willing to sell De Gea for €25m and Morata. Chelsea divided between Lukaku & Morata. He would like to play in the PL.”