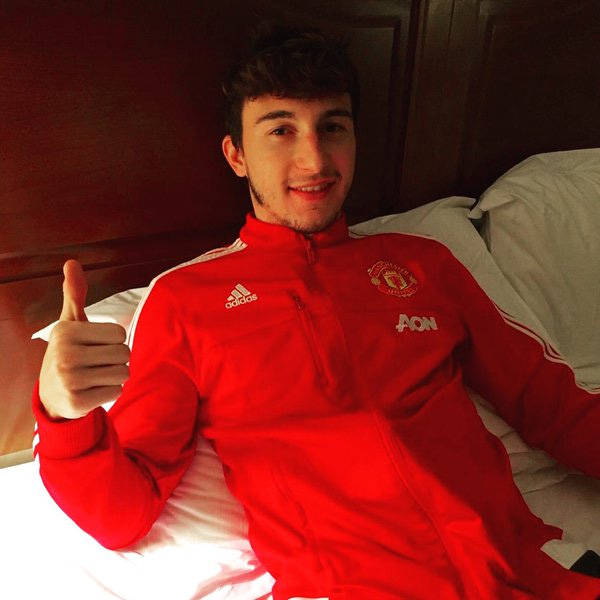 Louis van Gaal has confirmed that Matteo Darmian will miss Manchester United’s trip to Derby County in the FA Cup on Friday night – but said that the Italian defender’s injury is not too serious.

Darmian was forced off during United’s 1-0 defeat by Southampton at Old Trafford last weekend but posted a positive injury update on social media following the game.

Van Gaal confirmed that Darmian would miss Friday’s fourth-round tie but is hoping to see the full-back return to action sooner rather than later.

“Darmian is now out and maybe Michael Carrick shall come in but of course he’s not able to play 90 minutes. But it’s very good he is coming back.

“With Darmian, it is very positive actually. It’s not too severe but he’s not able to play against Derby.”

He continued: “I cannot say [if they are close] because every time I make a remark about injuries it is always difficult because injuries have developments and you have to wait and see.

“Also, they have to train and be adapted to the rhythm of the Premier League which is high. When you are more weeks injured it takes more time to adapt to that rhythm.”

United head into the game looking to return to winning ways after the disappointment of their 1-0 loss to the Saints last weekend.