British No1 Laura Robson confirms she is set to undergo wrist surgery, ruling her out of Wimbledon and the French Open 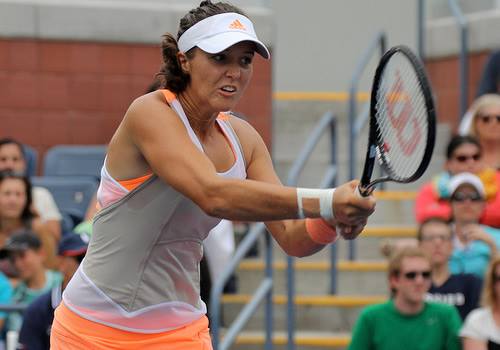 Laura Robson has announced that she will miss the French Open and Wimbledon after deciding to undergo wrist surgery.

The 20-year-old has been contending with the long-term problem since last summer and it hampered her preparation for the Australian Open this year.

Robson, who is currently ranked world number 64, completed her only match of 2014 at the year’s first Grand Slam, losing in the first round to Kirsten Flipkens.

And Australian-born Robson revealed that she requires minor wrist surgery which will see her sidelined until after Wimbledon.

“I wanted to inform my lovely supporters that I have decided to have minor wrist surgery at the Mayo clinic with one of the best wrist doctors in the world, Dr Richard Berger,” Robson posted on her Facebook page.

“Dr Berger is very confident that I will be able to return to the tennis court pain free before even have time to miss me :) although sadly, I will have to miss the French Open and Wimbledon.”

Robson, who is a former junior champion at SW19, reached the last 16 of Wimbledon last year.