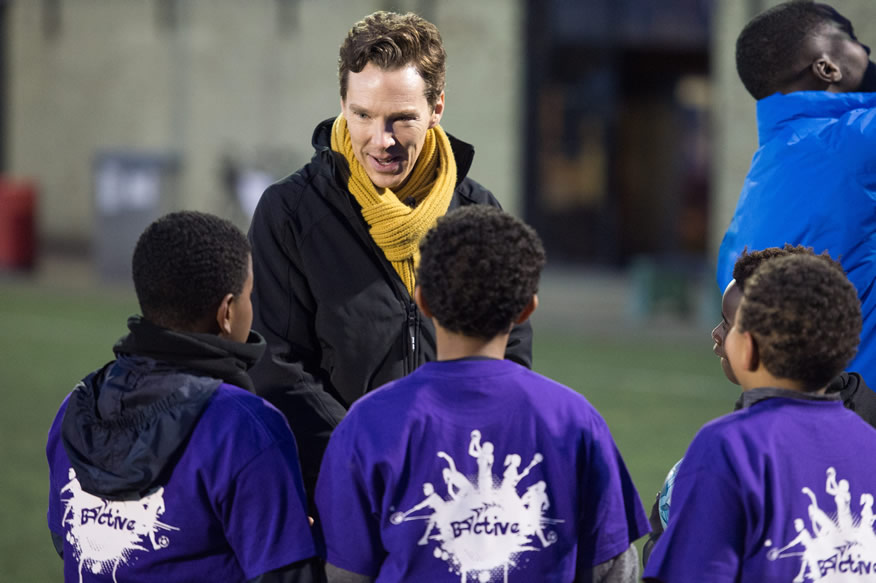 Ahead of hosting the Laureus Sports Awards in Monaco on 27 February, the star of Sherlock, The Imitation Game, and Dr Strange also spoke with volunteers and participants involved with the Programme. Young people from the local community use sport as a pathway to make positive lifestyle choices, learn life skills, and progress into education, training and employment programmes.

Having hosted both the 2014 Awards in Kuala Lumpur and the 2015 Awards in Shanghai, Cumberbatch is only too aware of the valuable work Laureus Sport for Good undertakes around the world, but this visit was an opportunity to learn first-hand the ways in which sport helps young people overcome violence, discrimination and disadvantage in South London.

The 2018 Laureus World Sports Awards will celebrate sporting success and achievement over the past calendar year, while also recognising the true value sport can have in uniting communities and acting as a positive force for change.

Cumberbatch said: “Later this month, the 2018 Laureus World Sports Awards will celebrate sporting excellence, but we’ll also recognise and celebrate the good which can be achieved through sport at all levels.

“Laureus Sport for Good supports more than 100 programmes around the world, and having spent time with the young people from the Laureus-supported Active Communities Network programme in London today, I’ve seen the transformational power sport can have in helping young people better themselves in their everyday lives.”

Cumberbatch will host the ‘Oscars of sport’ in Monte-Carlo on 27 February.