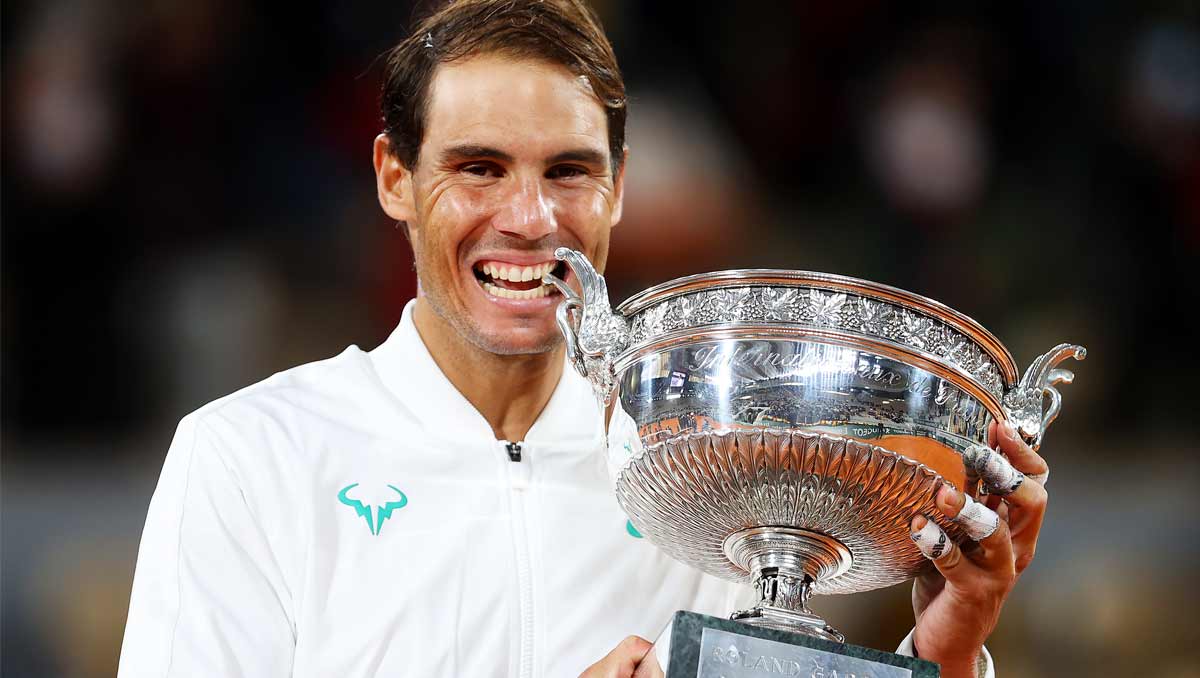 Tennis has always featured strongly in the ‘Oscars of Sport’, the Laureus World Sports Awards, and this year is no exception, with world No2 Rafael Nadal in the Sportsman of the Year shortlist, world No2 Naomi Osaka nominated in the Sportswoman of the Year list, and Dominic Thiem and Iga Swiatek both in the Breakthrough category.

This is Nadal’s eighth nomination for a Laureus award, and he has won three. In 2020, he won a record 13th French Open title in October, beating Novak Djokovic in the final in straight sets. It was his 20th Major title, equalling the record of Roger Federer, and it was his 100th win at Roland Garros, losing only two matches in 16 years. It marked the fourth time he had won a Major without losing a set, and his second-round win over Feliciano Lopez at the Paris Masters notched up his 1,000 victory on the ATP Tour.

Osaka, nominated for a third time after winning the Breakthrough Award in 2019, won her second US Open and her third Major in 2020 at the age of 22. She has since gone on to win a fourth Major at the Australian Open, and is the first Asian player to have reached world No1. Her activism on Black Lives Matter led to her being recognised as one of the 2020 Sports Illustrated Sportspersons of the Year.

Thiem won his first ever Major title by coming back from two sets down to beat Alexander Zverev in the US Open final. Now 27, Thiem became the first male player born in the 1990s to win a Major singles title, as well as the first Austrian to win a US Open. He also reached the finals of the Australian Open in 2020, and rose to a career-high No3 ranking.

Swiatek, age just 19, beat Australian Open champion Sofia Kenin in straight sets at the 2020 French Open, becoming the first player ranked outside the top 50 to win at Roland Garros, and the first Pole. She was also the youngest women’s singles champion since Laureus Academy Member Monica Seles in 1990.

Hamilton was winner of the Sportsman category in 2020 with Lionel Messi, the first time the award has been jointly held and also the first time that the award was won by a team sport athlete. This is Hamilton’s ninth nomination, and he also won the Breakthrough Award in 2008.

In Formula 1, Hamilton won a joint-record seven World Drivers’ Championship titles [tied with Michael Schumacher] and currently holds outright records for the most wins, 95, pole positions, 98, and podium finishes, 165. He was knighted in the 2021 New Year Honours.

Of his nomination, Sir Lewis said:

“It’s an honour to have been nominated alongside some truly incredible athletes. When I look back at the award ceremony last year, it’s hard to believe just how much has changed. 2020 was a difficult year for so many people, for many different reasons and of course the world of sport was hugely affected. I was fortunate enough to be able to race and I’m so proud of what we, as a team, were able to achieve together. I’m even prouder of the journey we began towards making the motorsport industry more diverse and inclusive. Nelson Mandela was the inspiration behind Laureus and I’m sure he would support everything we can do, to use sport to achieve a greater good.”

Liverpool, under the leadership of Jurgen Klopp, are also nominated again, for the fourth time, for the Laureus World Team of the Year Award, after winning their first Premier League title for 30 years.

The shortlists for the Awards, which recognise sporting achievement during 2020, are compiled from a ballot of the world’s sporting media. The winners are voted for by the Laureus World Sports Academy, the ultimate sports jury, made up of 69 of the greatest sportsmen and sportswomen of all time headed by Chairman Edwin Moses.

The winners will be revealed in May as part of a ‘Virtual’ Awards event, and this year there will be additional special Laureus Awards acknowledging the wider impact on society made by athletes.

· Ansu Fati, Football: at 17, became youngest scorer for Spain and in El Clasico for Barcelona

· Tadej Pogacar, Cycling: at 21, became the youngest rider in a century to win the Tour de France

· Daniel Bard, Baseball: successful return to top level after not pitching for seven years because of ‘yips’

· Alex Smith, American Football: back for Washington 728 days and 17 operations after leg injury